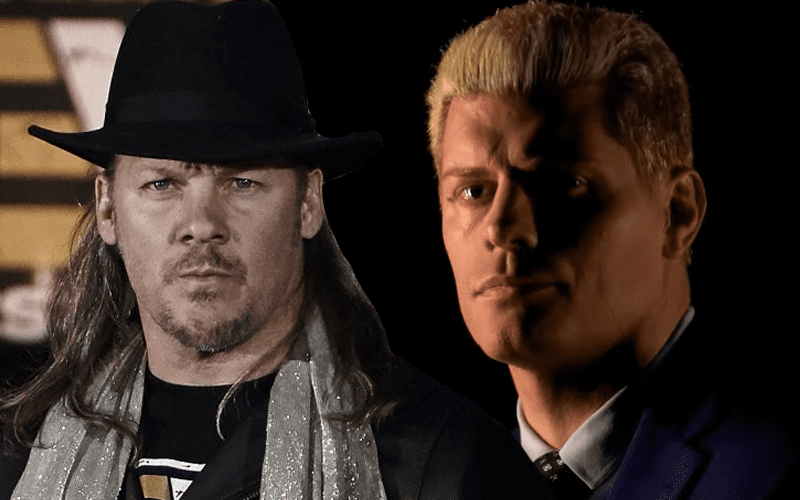 All Elite Wrestling’s next pay-per-view event will be Full Gear on November 9th and they already have a big main event with a lot of tension.

On the recent edition of Road To TNT, Cody Rhodes addressed Chris Jericho bringing “The American Dream” Dusty Rhodes into their feud. Y2J called Dream “a son of a bitch” and that was not something that Cody took lightly.

Rhodes said he should be worrying about his match with Sammy Guevara on the AEW TNT debut, but he just had to get something off his chest.

Cody said this comment didn’t bring “heat” on Jericho because fans think that due to his position Rhodes signed off on those comments. He said that Jericho’s comments were like if Elvis came back from the dead and “farted into a microphone for thirty minutes.”

He did praise Chris Jericho’s “Judas Effect” after saying that everyone laughed at the move at first. Jericho is still dangerous, but “Chris did what his lot often does and he wanted to escalate the scenario.”

He asked if Jericho is getting heat off a dead man, “is this Memphis?” he asked. Cody also called this remark “lazy” and he suggested that they cut the bells and whistles because they don’t need them.

After taking a shot at Jericho’s “human hat rack” of an agent, he requested that Y2J not forget the belt, again.