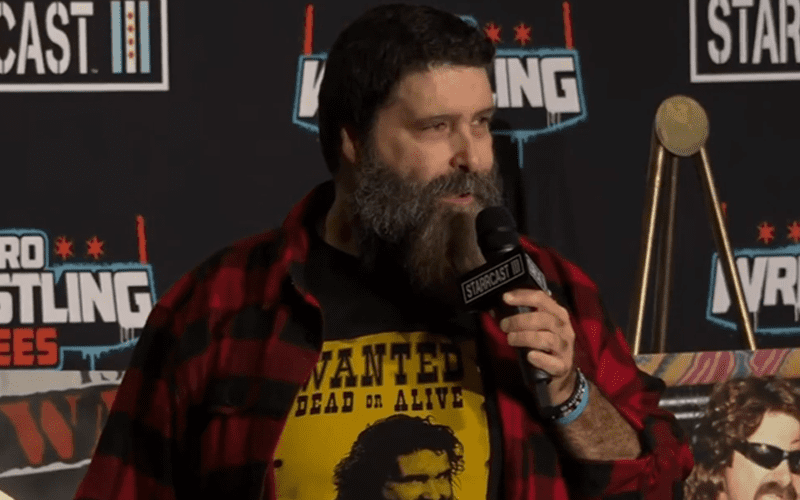 Mick Foley took the stage for a good time at Starrcast III and he concluded his set with a great blast from the past.

Foley might not take bumps like Cactus Jack anymore, but he can still cut a mean promo. He had an idea to cut a promo on Kenny Omega and it wowed the Starrcast III crowd.

There were some streaming issues for Fite TV during the early portions of Mick Foley’s show. If fans stayed persistent about trying to stream, they were able to log on and watch the conclusion to Foley’s highly entertaining show.

You can check out the promo below. Seeing something like this really makes us have to wonder why WWE doesn’t have Foley at the WWE Performance Center leading promo classes.