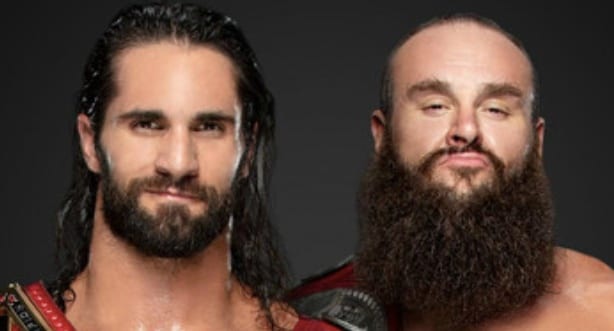 As seen on Sky Bet, the betting odds for Seth Rollins vs Braun Strowman at WWE Clash of Champions have been released.

While the build-up to this has been a little bit odd with these two title challengers eventually turning into tag team partners, there are many reasons as to why we believe this could be a really fun showdown in what will hopefully be the main event of the evening.

Both guys are incredibly talented which kind of goes without saying at this point, and the idea of this being the ultimate battle of styles really works well as a story for us.

Either way, it just doesn’t feel like this is going to be the last time that we see these two battle it out for the Universal Championship in 2019.

At this moment in time Seth Rollins is the 1/2 favourite to retain the Universal Championship, whereas Braun Strowman is a 6/4 underdog to become a world champion in WWE for the first time in his career.

It’s kind of bizarre to think that Braun hasn’t become world champion before this point, mainly because of how over he has been at various points in time across the last few years.

We don’t think this is going to be his time to shine and that he’ll probably have to wait a little bit before holding the gold, but either way, this is a great opportunity for him to once again prove that he has what it takes to mix it up in the main event scene.