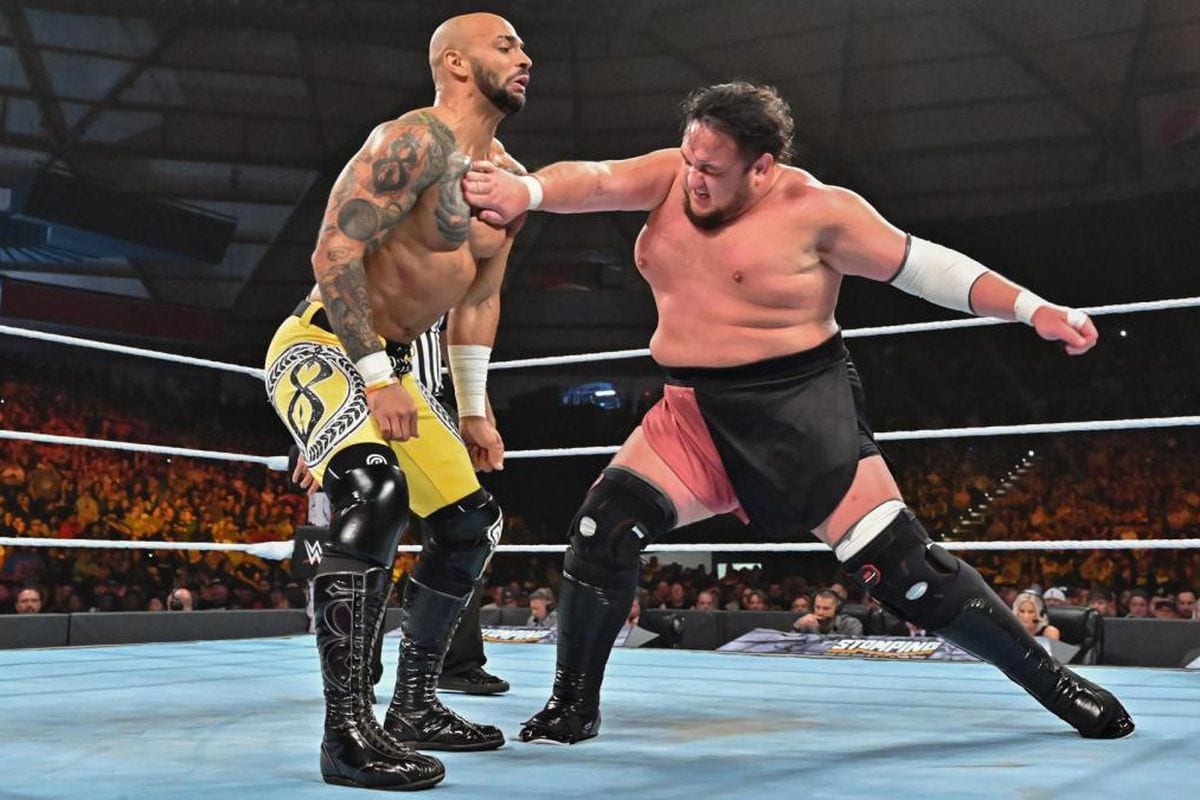 As seen on Sky Bet, the betting odds for Samoa Joe vs Ricochet in the quarter-finals of WWE King of the Ring have been released.

Joe and Ricochet are pretty familiar with one another, battling it out for the United States Championship not so long ago. Now, they’ll reignite their rivalry, with the winner progressing into the final four of the King of the Ring tournament.

Joe submitted Cesaro in the first round in order to reach the quarter-finals, whereas Ricochet beat Drew McIntyre in a match that lasted just under 15 minutes.

The favourite to progress into the next round is currently Ricochet at 4/9, which won’t come as much of a surprise given that he already knocked out the former tournament favourite. Joe, on the other hand, is the 13/8 underdog.

One thing that you can guarantee from these two men is that it’s going to be a great match, with both men giving it their all – matching submission and power with unbelievable agility.

That always adds up to a pretty great mixture of styles, and while the odds may suggest otherwise, one of the things we really love about this match-up is that it’s just so unpredictable.

The King of the Ring tournament has certainly lived up to expectations so far, and the beauty of a match like this is that WWE can’t really go wrong with the winner. Both guys are fan favourites, and either would make a fantastic King of the Ring – if they wind up getting that far.