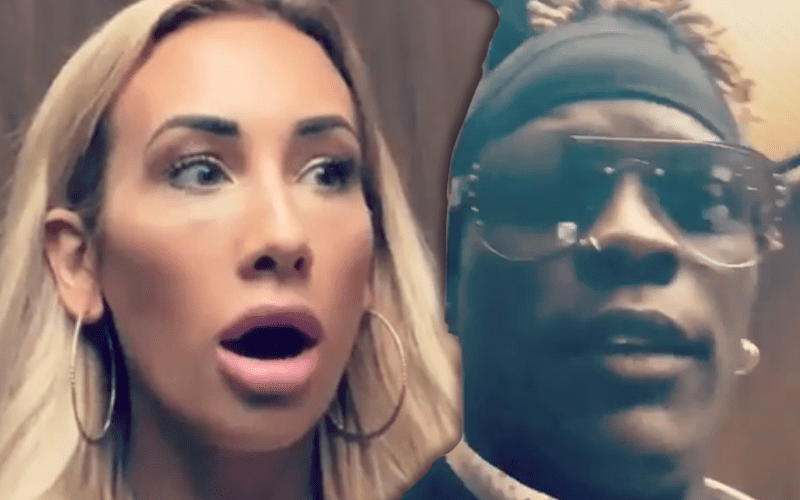 R-Truth and Carmella are really good friends and have had a lot of fun on camera. Truth recently pulled a prank and it was a lot of fun for him, but not so much for Mella.

It turns out that Carmella is afraid of ghosts. She definitely doesn’t appreciate the ambiance of an abandoned morgue. R-Truth was apparently aware of this so he took advantage of that knowledge.

Truth got in an elevator and told Carmella that they were headed to the basement which used to be a morgue. Carmella was told there are still freezers where they stored the dead bodies.

Mella did not appreciate this one bit and did not want to pay this portion of the building a visit. She protested and another voice could be heard off camera playing along with R-Truth.

After the Total Divas star broke out in a big face crack, R-Truth started laughing and the joke was revealed. Carmella did not think it was very funny though.

You can check out the video below. Apparently, Carmella eventually found the humor in it because she uploaded it to her own Instagram.