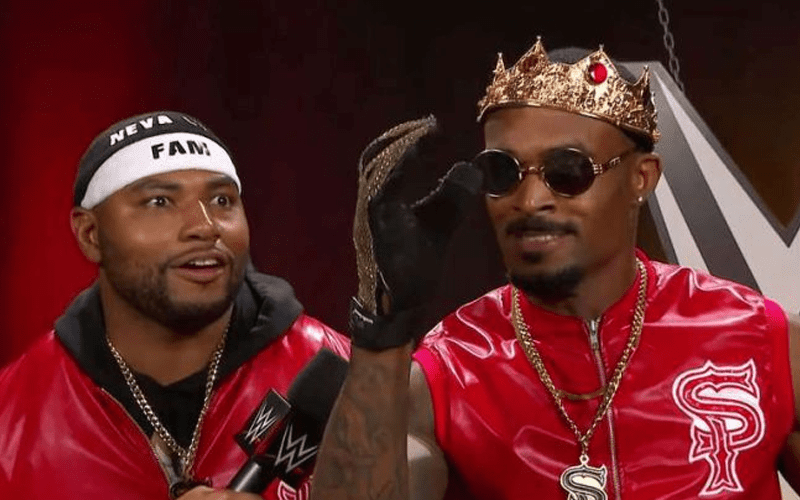 WWE has a few people on their roster that they seem to have interesting plans for. The Street Profits’ current situation is one of the most fascinating right now, because they are on RAW every week, but they haven’t wrestled yet.

Dave Meltzer discussed The Street Profits during Wrestling Observer Radio. The former NXT Tag Team Champions haven’t worked a match on the main roster yet, but they have received plenty of screen time backstage. There is a reason for this, but we’ll just have to see when WWE decides to finally let them wrestle.

“Like I said when they first started showing up on RAW. They’re a Paul Heyman decision, to do this, okay? Part of the idea was to have them not wrestle on the show. I mean, obviously, they will at some point — but, not to wrestle on the show until the idea is I think until they get over, because you would think that if they let them wrestle right away on the show that there’d be a compunction to beat them right away, because that’s what they do. Maybe if he figured they could do this and maybe get over as something special so by the time they wrestle it’ll be a big deal and they won’t just be some NXT team coming up.”

It doesn’t make much sense that the Street Profits are around RAW, but they’re not working. Perhaps, they are just saving Montez Ford and Angelo Dawkins’ big main roster debut for a much bigger spot on the show. Hopefully, they have some plans for them in the ring, because they are certainly making good use of The Street Profits backstage.