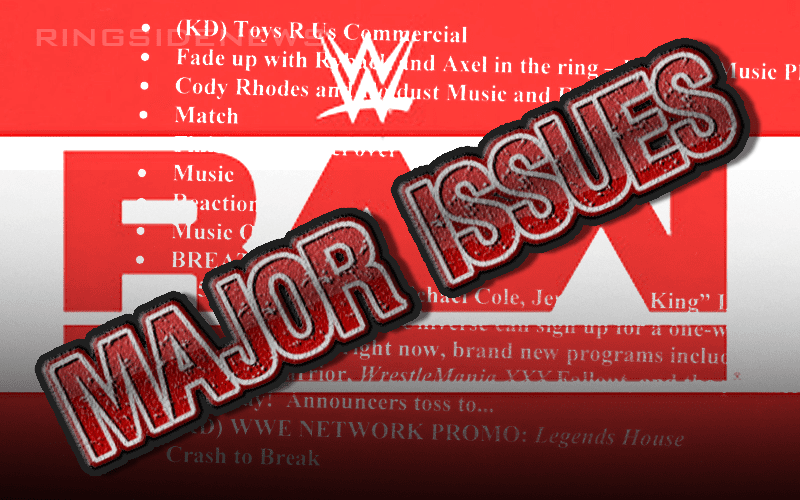 Every episode of Raw is bound to have some issues, but tonight’s episode was apparently an especially rough night.

According to Brad Shepard, it was pretty chaotic backstage tonight. His source described things as “a disaster” and a lot of last-minute things were apparently going on.

A source in #WWE told me earlier that the entire night is already a disaster, with a lot of last-minute things going on. They said the XFL couldn’t come fast enough.

Some weeks are harder than others, but at least they were able to put forward a full episode of Raw this week despite these issues.