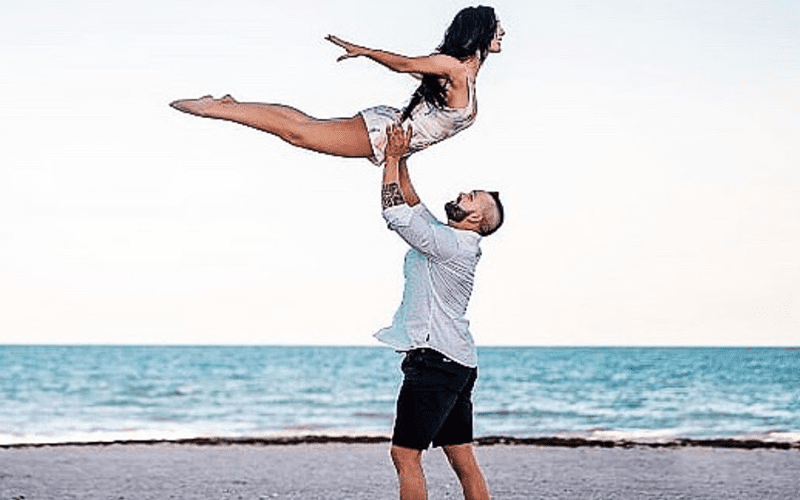 WWE has a very interesting way of going about things, especially when they are congratulating someone who just left the company to become an even bigger star for the competition.

Shawn Spears left WWE, but he remained engaged to Peyton Royce. Now the two are married and we couldn’t be happier for them.

WWE released a public statement on the matter shortly after the news broke about their marriage. They did not congratulate “Shawn Spears,” but referred to him as “Ron Arneill (Tye Dillinger).” That makes sense, but it was the short nature of the article that really caught us off guard as all they wrote was:

WWE offers its congratulations to Peyton Royce and Ron Arneill (Tye Dillinger) on their wedding.

We would still like to extend our happiest congratulations to Shawn Spears and Peyton Royce yet again. Company lines might separate them in a professional sense, but they just made a huge commitment to stick it out through any pro wrestling war that might be heating up.