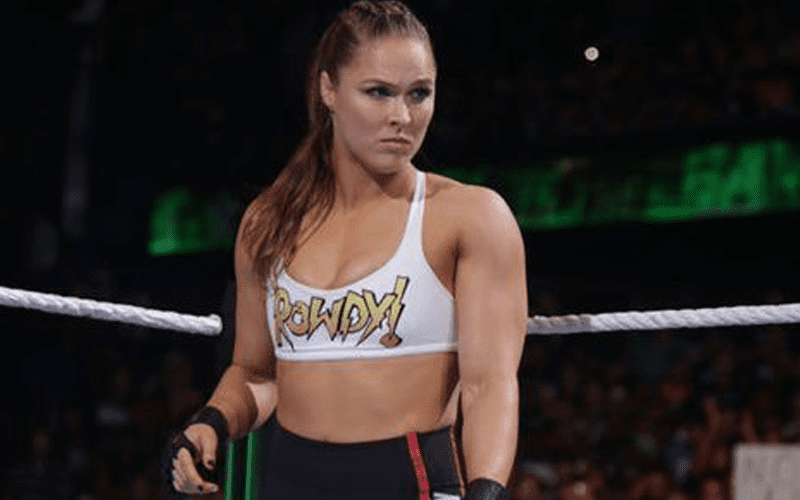 Ronda Rousey hasn’t wrestled since WrestleMania, but there could always be room for her return. Don’t expect her to be around full-time like she was before.

Dave Meltzer said on Wrestling Observer Radio that the overall opinion seems to be that Rousey will come back. We previously mentioned that it’s thought that she could be more of a “special attraction” like Brock Lesnar, however, it is really all up to her in the end.

“Who’s to say [Ronda Rousey] won’t be included? You know there’s a lot of people who suspect that she’s going to come back. I mean no one knows for sure.”

Ronda Rousey was filming for Fox’s 9-1-1 this week when she nearly lost her finger. That might need some healing so don’t expect her to be slapping on an armbar any time soon. Nobody is ruling out an eventual return for The Baddest Woman On The Planet and some think it’s likely.