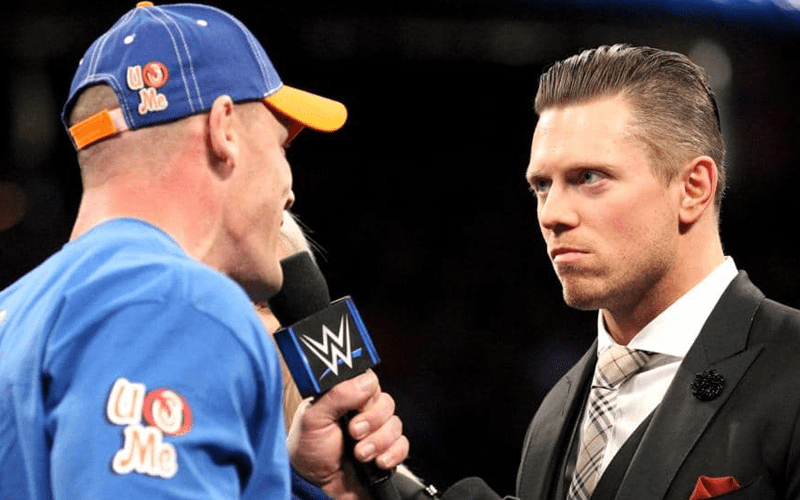 John Cena has influenced a lot of people during his career and The Miz knows this all too well. The two had a program that went through WrestleMania and it was a great learning experience for The Miz as it brought him to another level.

While talking to Hot 94.1, The Miz revealed one thing he learned from John Cena that really helped his career. The 16x World Champion brings a main event feel to any match no matter where it might be on the card. This is something that The Miz really got out of the experience.

“I would say John Cena. Being in the ring with John Cena taught me how to be a main event caliber superstar.”

John Cena’s next match might be uncertain right now, because Hollywood is keeping him very busy. The Miz is still holding down a babyface role on WWE television every week. He is also much better off after running two programs with John Cena through WrestleMania 27 and 33 respectively.

The A-Lister defeated John Cena the first time, but Cena would later come back years later with Nikki Bella by his side to defeat the It Couple. Let’s just not talk about the proposal that followed their WrestleMania 33 match.