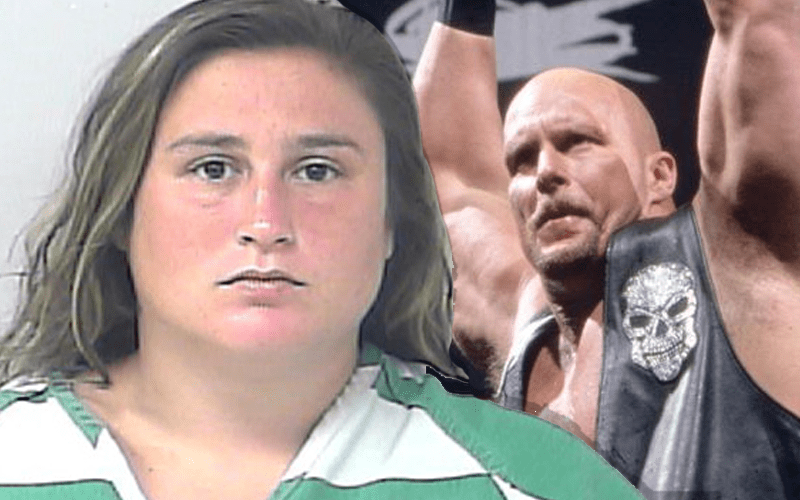 “Stone Cold” Steve Austin has influenced many people, but this is not a good way to show your appreciation for The Rattlesnake.

Chastity Bodnar. whose LinkedIn profile lists her as a “Medical Assistant at Medical Consultants of Florida” was arrested on misdemeanor battery charges recently. Coty Lee Havens was her victim and police reports indicate she stomped a mudhole in him and walked it dry just like Stone Cold.

The Smoking Gun reports that an arrest affidavit in Fort Pierce, Florida noted that Bodnar “got upset when he told her that she drinks too much.” She then became enraged and “threw her phone at him striking him in the throat.”

At that time it is reported that Bordnar, who is 23 years old “took two beer cans” and went “Stone Cold Steve Austin [on] my ass.” This all apparently happened in their garage as well. Havens is 26 years old and nothing was noted about the extent of his injuries.

The police found the beer cans just where they were told they’d be in the garage. Bodnar was arrested, but released into custody on Sunday. Her victim, Havens was also arrested for apparently fighting with the police officers when they arrived after that Stone Cold beer can beatdown.