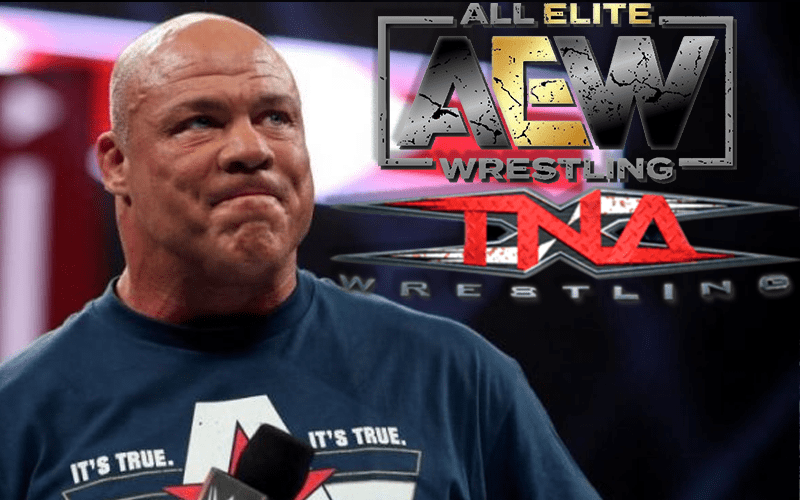 Kurt Angle left WWE and spent a decade wrestling for TNA which later became Impact Wrestling. He might not be working for AEW or ever intend to, but he can see what the company is doing so far.

During a recent Facebook Q&A, the Olympic Hero was asked about the similarities between TNA and AEW. According to Kurt Angle, there are a few similarities which he was quite open to discuss.

“I see some similarities. AEW has a very long road ahead of them. I know that the talent there is up for a challenge. The can succeed if done right, but AEW will need to realize they will always be #2. WWE is way too big and has way too many years behind them for a new company to step in and take over the top spot”

AEW does have a long road ahead of them, but they’re certainly off to a good start. A deal on TNT didn’t come about by accident which already shows how much work they put into securing that contract.

WWE will always be the top pro wrestling company in the world and there’s no denying that. The important work starts now as AEW must stay afloat and continue to foster this new fan base in spite of WWE’s attempts to throw them off of their game.