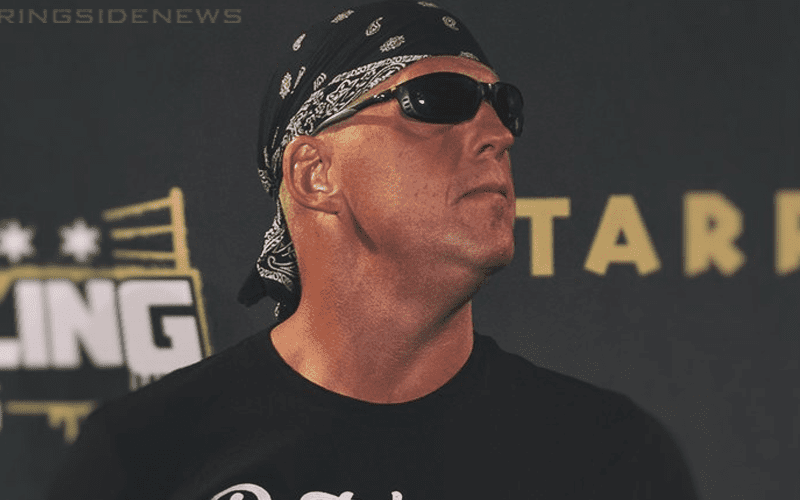 Dustin Rhodes proved a lot of people very wrong when he went out and stole the show at Double Or Nothing with his brother Cody. Some might not have believed that the former Goldust could go out there and wrestle a clinic in Las Vegas, but it happened. Now he is facing the rest of his career which isn’t quite clear.

Rhodes recently spoke to Steel Chair Magazine where he was asked about the ending of his career. Truth be told, he has no precise end date just yet, but he is still very excited about what is to come.

“I know what my body is capable of, so I do not have an end date to share with you.”

“AEW on TNT is exciting. Glad to be along for the ride and to pass on my knowledge to the ones that want help.”

Dustin Rhodes has put his body through a lot over the years. He doesn’t know what he has left which is fair enough for him to say. We still can’t wait to see what kind of participation and influence he will have on AEW as the company continues on TNT.