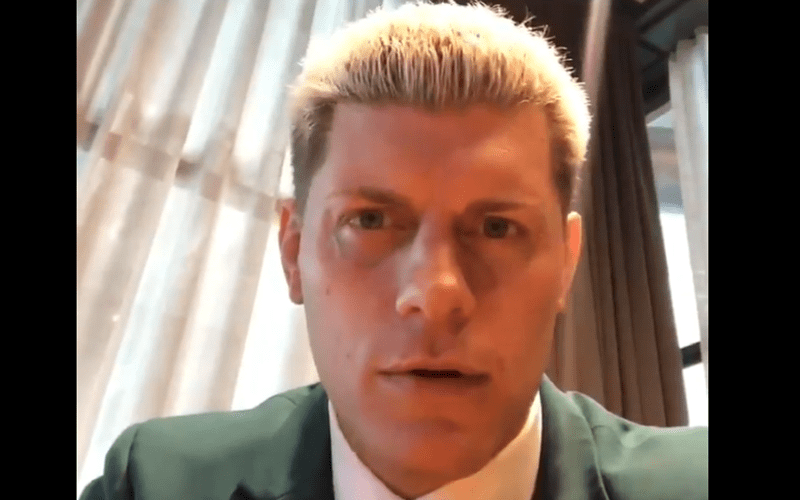 Cody Rhodes is one of the Executive Vice Presidents at All Elite Wrestling, so he knows a thing or two about what’s going on with the company. During a recent video Q&A, he tackled some hot questions that have been burning in fans’ minds.

The first question he took on is how can someone get a job with AEW. He had a lot of questions in response because this person apparently didn’t specify what kind of “sales professional” he is.

Next, Cody was asked what kind of role Tony Schiavone will play in AEW. With a wink and a nod, he replied:

Cody Rhodes is only allowed to have one person with him at ringside during his match against Shawn Spears at All Out. He was asked if MJF will be involved at All Out, and Cody didn’t know. He loves Maxwell Jacob Friedman, because he is the Salt Of The Earth. Then he called MJF his “best friend in the entire world” before sending a kiss his way.

MJF replied saying: “Love you too bro. Love you too,” so there’s a lot of love going around right now in AEW.