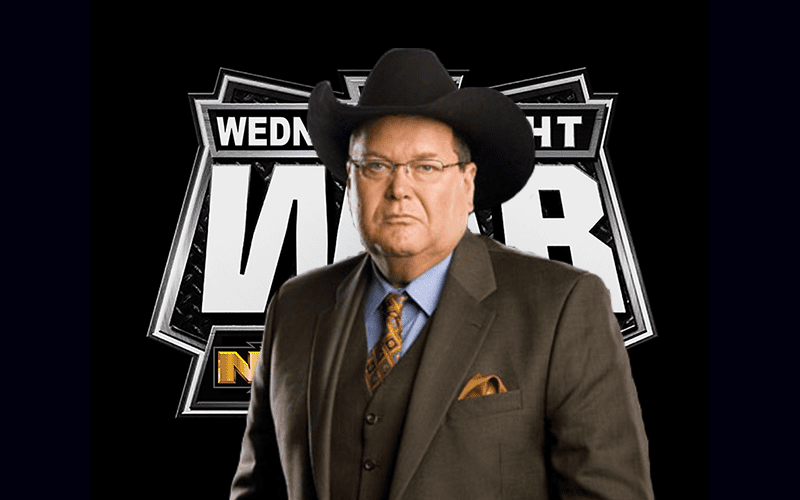 WWE is gearing up for another pro wrestling war and this time it will be on Wednesday nights. Jim Ross was on WWE’s side during the Monday Night Wars and now he will enter into another war opposing Vince McMahon’s company.

While on Grillin’ JR, Jim Ross spoke about AEW war with WWE. He wasn’t surprised that WWE is going head to head with AEW, but competition will only make them both better.

“I’ve seen on Twitter where, well, AEW started all this because Cody busted up a prop, a throne or something, and the Bucks did something. You know, I can see where the point is made, but I don’t know if there were any gunshots at each other. But it did surprise me.”

“Competition is good. It’s like a football scrimmage. Good vs. Good. We’ll be very happy to compete, it was going to be a competition all along, we knew it wasn’t going to be an easy road, but at no time in my interview process or short experience since March with Tony Khan and AEW, have I heard one person say, ‘We’re going to get WWE on this one. Oh, WWE’s not going to like this’ It’s never been brought up. It’s brought up online. It’s brought up in the wrestling media.”

“When Vince moved NXT off his own network, I’ve been a loyal subscriber to the WWE network since they started .. it tells us all we need to know. Is WWE is aware and cautious about the development of AEW? The answer is obviously, ‘yes.’ Should they be? I don’t really know if they should be or not.”

September 18th is going to be a very interesting day for WWE as NXT debuts on the USA Network. Two weeks later, AEW will join the fray and a new pro wrestling war will begin. We’ll just have to see how modern technology like the WWE Network and DVR might play into this the upcoming Wednesday Night War.

Quotes thanks to SE Scoops