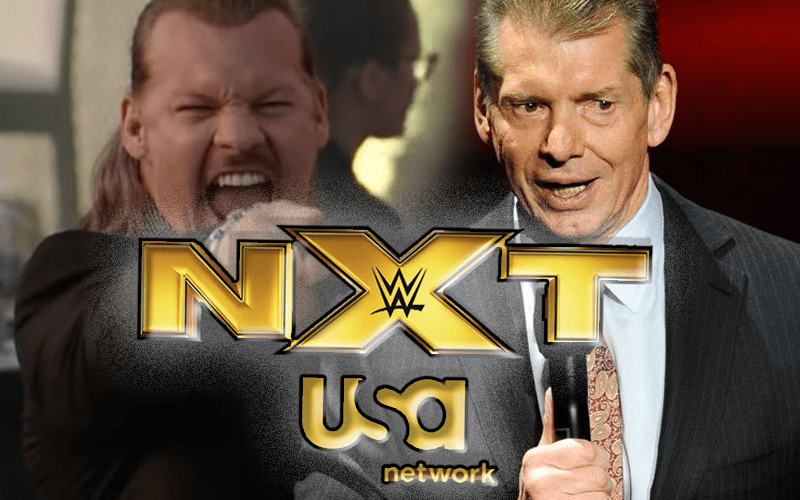 WWE moving NXT to the USA Network worried some fans that things will be changing. At this point, it doesn’t appear that Triple H will be losing control and he will also be keeping his production crew.

Chris Jericho appeared on Busted Open Radio and he didn’t seem to believe that Vince McMahon will be able to stay out of NXT’s USA Network show. Y2J did call McMahon a genius, but he also expressed the idea that NXT will be changing as all three WWE brands on cable television will being interacting with each other.

“It’s Vince McMahon; he is a genius. But here’s the thing – I think the appeal of it is that it’s its own little entity outside the WWE, and when Vince McMahon gets a hold of it and gets involved with it it is going to become another SmackDown and another RAW.”

“I think you are going to see all three of those shows interacting with one another. I think it’s going to be just another WWE show, so whatever the appeal is with NXT, whatever the specialness of it is is going to be changed to another RAW and another SmackDown.”

NXT could lose a special aspect of the brand that once made it so unique. Fans of NXT felt safe from alteration by a greater authority figure in WWE as they found a home on a paid streaming service with quarterly NXT TakeOver events. That could be changing in a big way as the USA Network is opening NXT up for even more viewers and influence.

The Wednesday Night Wars are just beginning, therefore, we’ll just have to see what happens from this point on. In the meantime, we thank you for reading all about it right here at Ringside News.