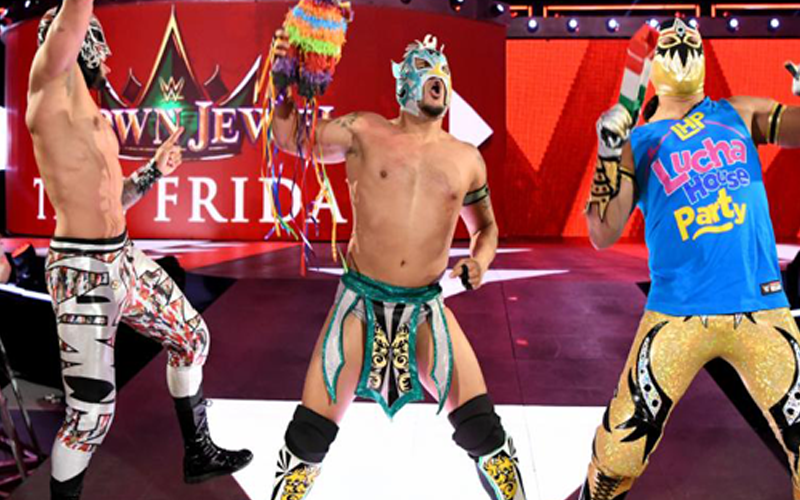 WWE is getting things prepared for next week already and 205 Live is still providing fans with great action live on the WWE Network after SmackDown Live. Kalisto issued a challenge to Ariya Daivari last night and it didn’t take long to get a reply.

Kalisto is upset at Daivari because he’s pointing a finger at him for attacking Gran Metalik backstage last week. Daivari has no problem accepting this challenge, but he still thinks that Lince Dorado is better off without them.

“Kalisto challenged me to a match? It’s very big of Lucha House Party to talk about me behind my back while I’m in the middle of the ring. All I’ve been trying to do for the last couple of weeks is prove to Lince Dorado that he doesn’t need those losers, he doesn’t need that dead weight. Lince Dorado does not need Lucha House Party. So, if Kalisto wants to challenge me to a match, because he thinks I attacked Gran Metalik, great. Grand. Wonderful. I’ll see him next week.”

It appears we have a new match for 205 Live next week. Fans also have two situations of mystery attackers in WWE. Let’s just hope that the person who attacked Gran Metalik doesn’t turn out to be a doppelganger of another WWE Superstar.

No matter what happens it might not change Ariya Daivari’s option that 2/3 of the Lucha House Party are losers.