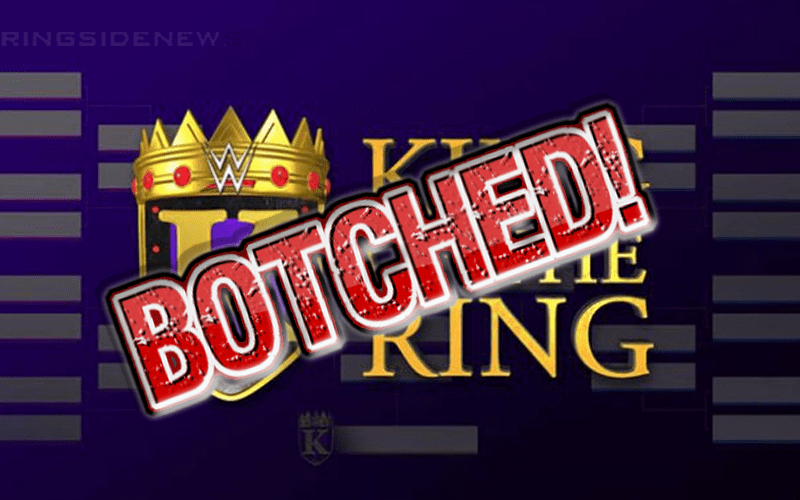 WWE is throwing another King Of The Ring tournament, but someone in the production truck might need a refresher on how bracket systems work.

Samoa Joe was victorious in his match this week and advanced to the next round in the King Of The Ring tournament. Now Joe’s next match in the tournament will be the quarterfinals. For some reason that’s not what it said when Joe won the match.

The graphic under Samoa Joe’s name said that he was advancing to the “semifinals” instead of the quarterfinals. Unless there is a bye system in place that we were not informed about this is a pretty interesting mistake.

We previously reported why WWE’s production team makes so many mistakes. It is actually impressive that they make so few on account of how hard they work.