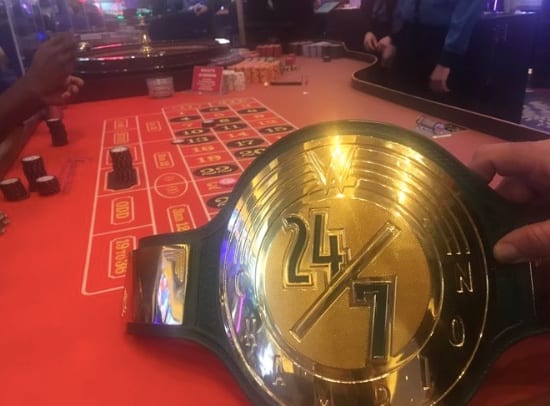 Elias has held the 24/7 Championship for eight days now since capturing it from R-Truth, and while that may not seem like a substantial amount of time, it’ll feel like an eternity when it comes to that belt specifically.

The man formerly known as The Drifter is really starting to establish himself as one of the most consistent performers on the main roster, and we don’t even necessarily mean that from an in-ring perspective.

Sure, he can hang with the best of them, but his character work is and has been really impressive. When you add the 24/7 Title into the mix, it just gets even better.

A lot of fans often wonder what kind of direction the belt is going to go in next, but as you can see from the following tweet, the uncertainty and chaos of it all is a massive part of the fun.

We can’t click our fingers and determine who is going to win it next or in what kind of environment they’ll win it in, and in many ways, we don’t want to. The freedom that these superstars are being given to express themselves in a creative way is great to see, and we’re fine with that becoming the norm around here.

Professional wrestling gets taken a little bit too seriously sometimes and plenty of folks will happily admit that, and because of this, the art of comic relief is something we’ve all come to enjoy.

Some more than others, but still, Elias is great.