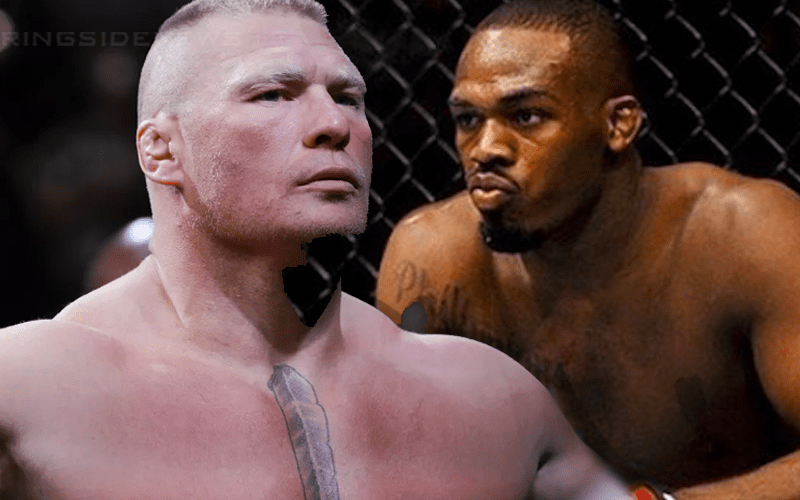 Brock Lesnar is apparently retired from UFC because he couldn’t work out a monitory deal that was to his liking. However, there is one big fight that he still wants.

Kurt Angle opened up to Arial Helwani about Brock Lesnar returning to the UFC. Lesnar might say he’s retired, but Angle said The Beast Incarnate still wants a fight against Jon Jones.

“I know he said that he’s retired… the one fight he wants, and I don’t know if it’s ever going to happen, but he wants to go up against Jon Jones.”

Jon Jones replied saying that, “Brock is way too slow, I’ll embarrass him.” This certainly sounds like a shot to us. Therefore, you never know if Jones could be working on his next big money fight by poking Brock Lesnar in this regard. Let’s just see what Brock Lesnar decides to do because he has a pretty comfortable spot in WWE.