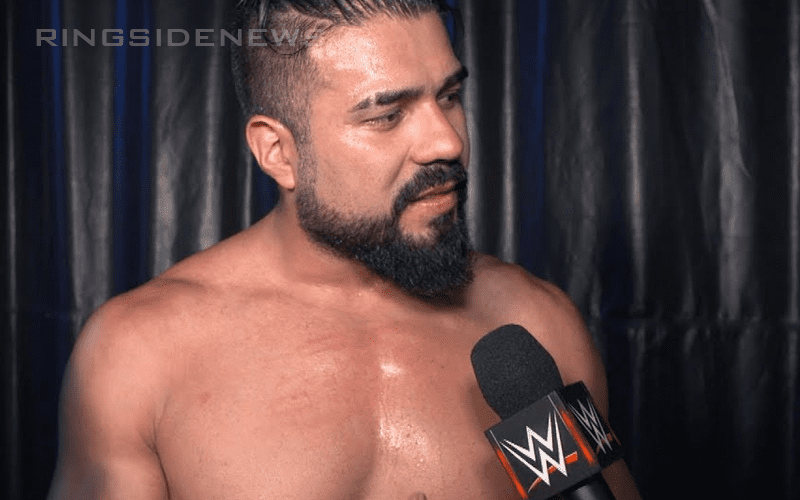 Rey Mysterio isn’t going to be retiring from professional wrestling after all, which can only be a good thing for WWE superstar Andrade as he continues to try and make a name for himself off the back of the Mexican legend.

The two men have been battling back and forth for what feels like forever now, with Andrade getting the best of Rey more often than not. Of course, when it comes to the master of the 619, you can never fully rule him out in any high profile match.

Now that Mysterio is going to be sticking around, it certainly seems like their feud is going to continue, with a potential third party getting involved, too.

As you can see, that third party is Rey’s son Dominick. The youngster was one of the reasons why Rey decided to keep his career going at the age of 44, or at least, that’s the storyline reason we’ve been given.

There have been some reports as of late that have suggested WWE are interested in Dominick as an in-ring talent, and while nobody really knows how good or bad he’s going to be inside of the squared circle, he definitely has a great platform to build off of with his dad.

It’s always risky getting family involved in storylines, but it’s not like this is Dominick’s first rodeo. From Eddie Guerrero to Samoa Joe and now Andrade, he has been heavily featured on WWE television on more than one occasion ever since he was a kid.