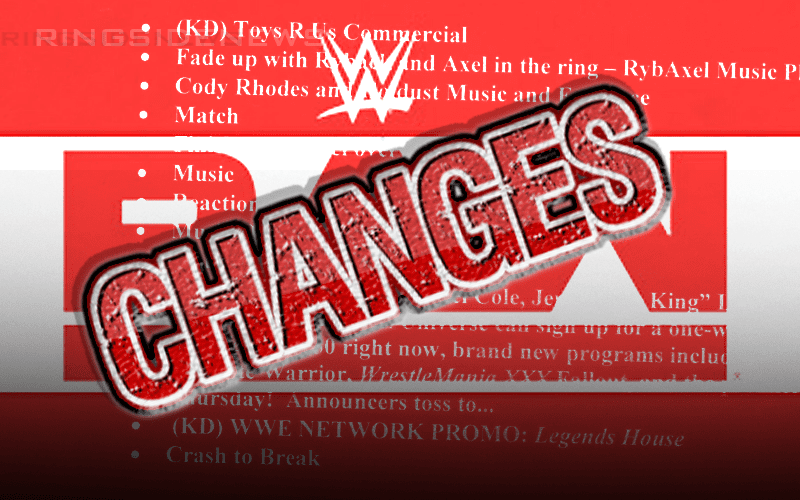 WWE usually finds themselves re-writing a lot of content right before they go live. This week is no different.

We previously reported that WWE is considering introducing some NXT Superstars to RAW tonight just so the audience can become more familiar with them. Brad Shepard also reports that WWE is currently re-writing their script for the red brand as well.

According to a source in #WWE, bits and pieces of #RAW are currently being re-written.

We’ll just have to wait and see how close to show time WWE gets before finalizing their script for today’s show. You can never count out the idea that Vince McMahon might want to keep tweaking things until just before RAW goes live on the USA Network.