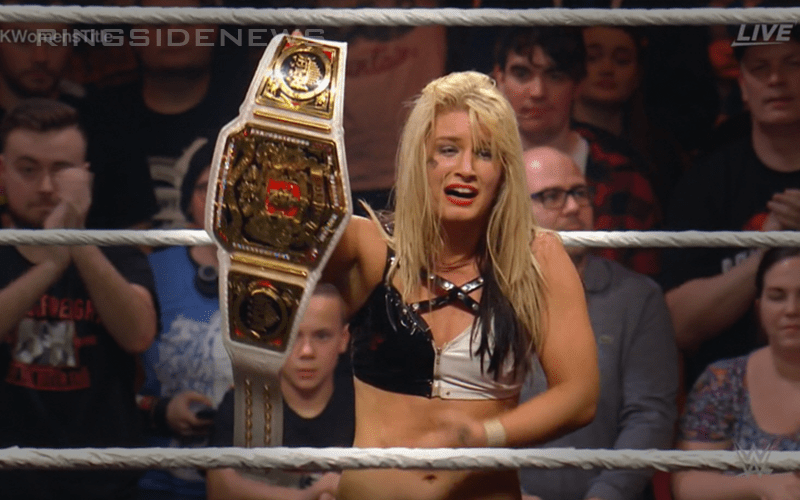 Toni Storm captured the NXT UK Women’s Title after a groundswell of support and the NXT UK fans are still well behind her. However, it still doesn’t feel real if you ask her.

While speaking to AMBY, Storm opened up about how unreal it is to actually hold a title in WWE. She remarked that sometimes it feels like she’s carrying around a replica, but it is all too real.

“Still doesn’t feel real, like it’s really, really weird. I’ll see my championship belt, and I’ll just assume it’s one of the replicas I had when I was growing up. And then I’m like ‘Oh wait, no, this is real and I have to look after it.’ It’s crazy, It’ll never sink in. Like — yeah, pretty wild.”

Toni Storm is set to defend her title against Kay Lee Ray at NXT UK TakeOver: Cardiff on August 31st. We’ll have to see if she can retain her title so her dream can continue being a reality.

If anything, dropping her title could open up even more doors as her popularity is sure to only grow as her career continues in WWE.