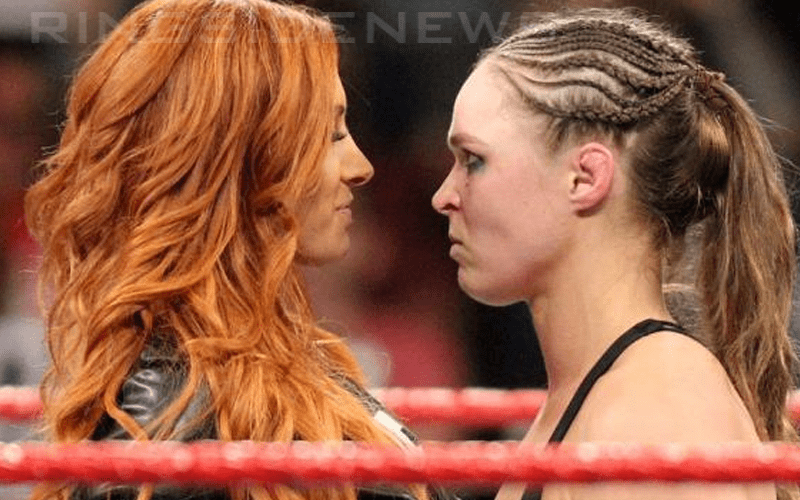 Ronda Rousey could very well be making a return to WWE sooner or later. That would probably really make the stockholders happy, but Becky Lynch isn’t too sure.

While speaking with Fightful, Lynch was asked about Ronda Rousey coming back for another match. The Man isn’t sure if Rousey will ever come back, but she’ll be ready for The Baddest Woman On The Planet if she ever does.

“I don’t know if we will. I’ll be here holding the company up if she does. We still have a one-on-one match to have. I’ll be holding this championship until someone pries it out of my cold, dead hands. So if she ever wants to come at me – Ronnie, I’m here waiting, you little weirdo.”

Becky Lynch and Ronda Rousey never got their singles match which is something that fans were really wanting to see. You can never say never because as long as The Man is able to fight you know that she’d be game to take on Rousey whenever they can make it happen. The biggest question is what Ronda Rousey wants to do because she’s the one who left WWE for an impregnation vacation which turned into shooting a series for Fox.