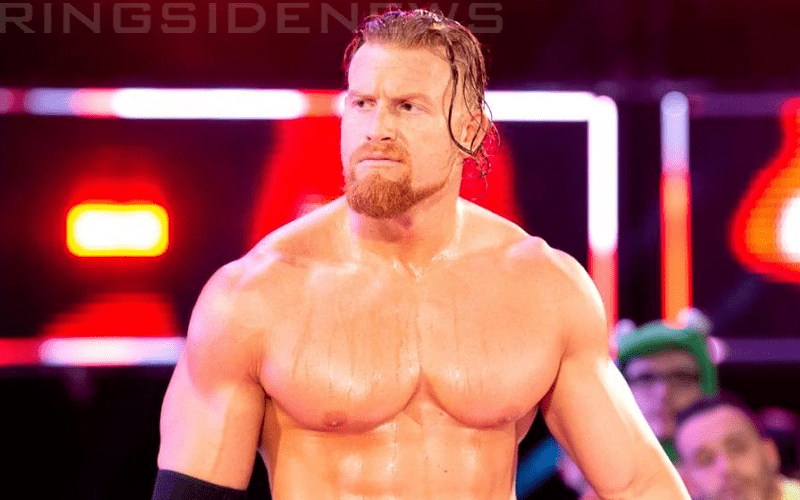 Buddy Murphy wasn’t supposed to end up in the mix regarding Roman Reigns and Daniel Bryan’s storyline, but he is really getting some prime spots out of the deal.

Murphy’s accidental placement backstage before Roman Reigns’ forklift accident is being looked at as just another happy coincidence that seemed to work out for the better according to Brad Shepard.

It might be exciting for us to watch, but apparently, WWE doesn’t have anything figured out for the former WWE Cruiserweight Champion past this Tuesday.

According to a source in #WWE, Buddy Murphy is being talked about backstage as the new Kofi Kingston, in the context that his entire involvement in the position he’s in is accidental. I’m told their are no creative plans for him after his match with Daniel Bryan, as of today.

Buddy Murphy impressed a lot of people with his match against Roman Reigns and plenty of fans saw it as a breakout performance. Let’s just see if WWE can figure out something for Buddy Murphy to do after he faces Daniel Bryan this Tuesday.