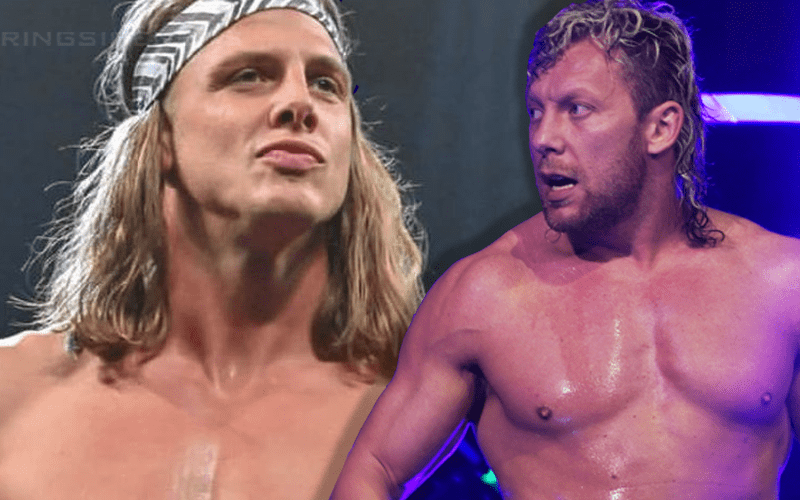 Matt Riddle is one of the more popular members of the NXT roster, but they haven’t seemed to let him do everything he’s capable of just yet. There could be a few reasons for that, but at this point it’s a waiting game.

Dave Meltzer explained on Wrestling Observer Radio that WWE didn’t sign Matt Riddle years ago because they were afraid to sign someone who is so outspoken about marijuana. Because The King Of Bros really likes weed and he’s never been ashamed to talk about it. This was also a reason why NJPW didn’t sign him as well, but apparently, that changed.

“Look, Matt’s one of those guys who should be on the main roster now and be a Superstar, but who knows how this thing works out.”

“Because I think everyone knew that he could blow up and you know it was like ‘If he’s not going to New Japan — and AEW didn’t exist at this point — then we don’t need to sign him.’ It’s like do we want another Kenny Omega to come along. Not saying he is Kenny Omega, cause he’s not, but there is potential there because he’s only been in the business for a couple of years and he’s got unique charisma. We’ll just have to see what happens to Matt’s career, but he’s definitely someone everybody talks about.”

Matt Riddle has a lot of capability and a natural charisma that can excel within any environment. He’s been close to reaching that next step in NXT before, but he didn’t have the best luck at NXT’s recent television tapings. You can check out those spoilers here.

It’s not likely that WWE will bury Matt Riddle in NXT, but stranger things have happened in the past. Obviously, Riddle has a long road ahead of him in the pro wrestling business. The biggest question at this point is where he will make his biggest mark.