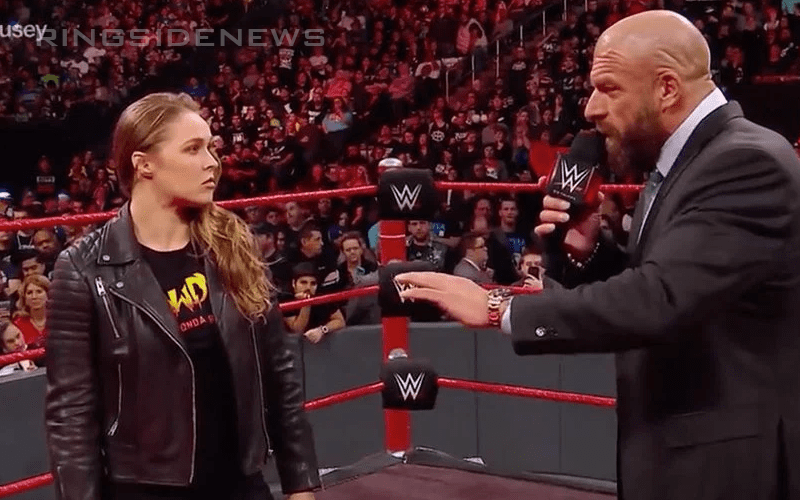 Ronda Rousey’s inclusion in WWE was a very exciting thing for the year that she was a full-time Superstar. That’s pretty much all we got out of her too because after WrestleMania 35 she was on a break and we haven’t seen her come back since.

Sonya Deville recently spoke to Barnburner’s Radio and she was asked about Ronda Rousey. Yes, she pitched a match with herself and Rousey, but WWE just didn’t get around to making it happen.

“Yeah, absolutely, as soon as Ronda got hired I said that’s a match made. It is already written. There’s not really an work to do. I actually pitched it to Triple H when she was here, but it didn’t happen, we didn’t have enough time — only got one year, but when she comes back I look forward to making it happen. I really think we can do some special stuff inside the squared circle.”

We’ll just have to see whether WWE will agree that Sonya Deville vs Ronda Rousey is the way to go, but Deville really sounded eager to put her hair up and square up with The Baddest Woman On The Planet.