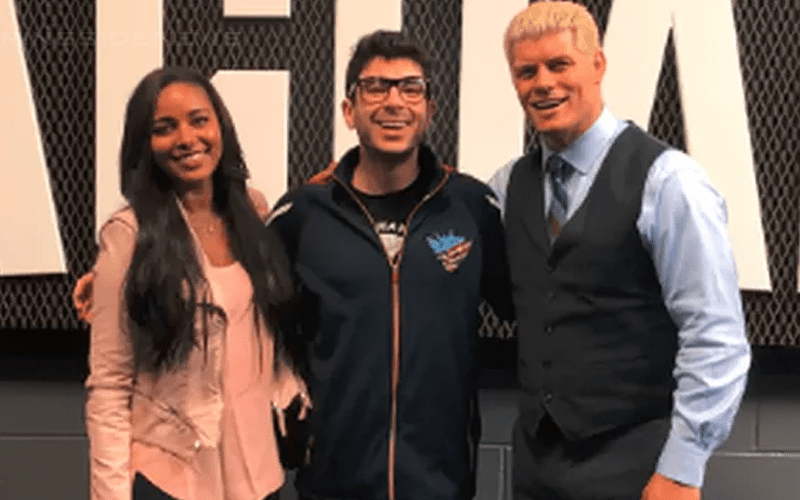 AEW is approaching their TNT debut with a media blitz thanks to their future television home.

TNT has been running regular promos for AEW on their channel to hype their October 2nd debut. That promotion can go a long way to generate buzz and it looks like AEW has done just that.

They not only sold out both their second and third weeks’ worth of television tapings in Boston and Philadelphia, but they are also heavily promoting All Out on August 31st. Now PW Insider reports that AEW Executive Vice President Cody Rhodes and AEW President Tony Khan were in New York City today for some big business.

AEW reps met with TNT sponsors regarding their weekly television series. We can only imagine the excitement that selling out Boston and Philly might have added to those meetings. We also wonder if Vince McMahon’s “blood & guts” comment was mentioned at all.

All Elite Wrestling is also running advertisements for their TNT debut during screenings of Hobbs & Shaw. This is a brilliant move considering how many people might be seeing the movie because they like The Rock from his days in the squared circle.