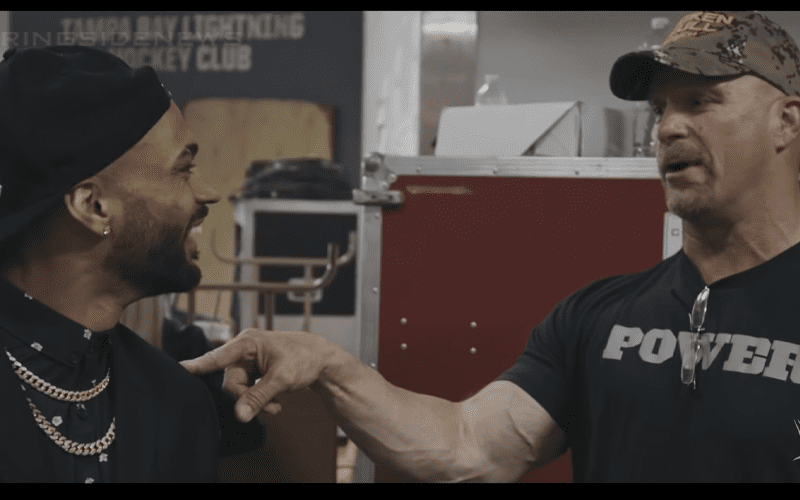 The RAW Reunion was a very special night for fans and WWE Superstars as well. Now thanks to a new video from WWE, fans can get a backstage look of the big event that they never had before.

It started with “Stone Cold” Steve Austin making it all the way from Los Angeles with his Broken Skull IPA only to spill the cooler in the parking lot. This was a huge accident and Austin remarked how it was “precious cargo,” but he wasn’t going to let this mishap ruin a good time.

Later on, John Cena was shown talking to Steve Austin where he told him how proud he was of him. Cena then turned to the camera and said that he’s happy that they caught that on camera because it “melted my heart.”

It was a great night full of legends interacting with current Superstars. Needless to say, The Rattlesnake was a very popular man backstage. Mick Foley was also pretty popular as well because he apparently made a date to go see The Lion King with Seth Rollins and Becky Lynch.

You can check out the entire video below featuring tons of pro wrestling legends interacting behind the scenes of the RAW Reunion. After seeing this fellowship it’s no wonder why Austin said he would come back every year that WWE holds one of these family reunions.