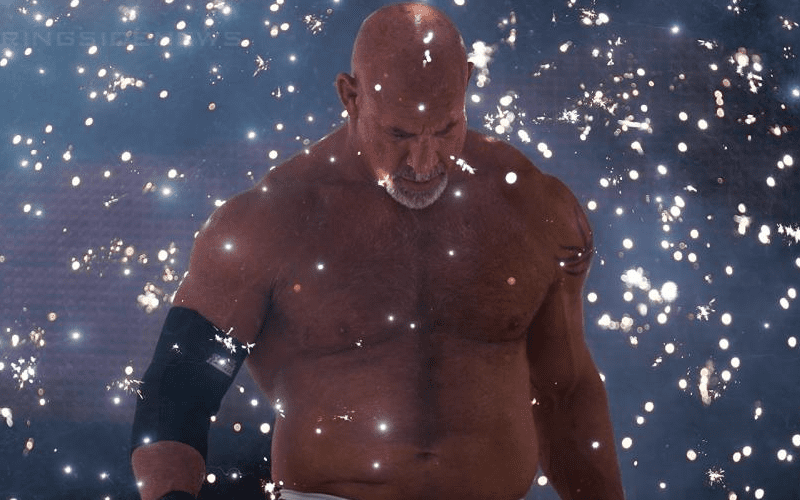 Goldberg was a very busy man right before Summerslam. Not only did he have to make WWE events, but he also needed to take care of a lot of other responsibilities.

While speaking to Booker T’s Hall Of Fame podcast, Goldberg opened up about how he is doing. Overall, he seems to be doing great, but filming for NCIS LA coupled with his match at Summerslam left him exhausted in a big way after what he called “a week from Hell.”

“Mentally, I’m doing great, man. Physically, I’m doing pretty damn good, but I’m exhausted, man. I had a week from hell, I ain’t gonna complain cause I had a lot of cool things that I got to do, but travel-wise, I covered some ground, man and I can’t run like I used to, but, damn.”

Perhaps this isn’t the last time we’ve seen Goldberg pop in for a quick squash match in WWE. After all, this will certainly become a regular thing if WWE can make it happen.

We’ll just have to wait and see what he’s up to, but very few people were disappointed with Goldberg’s performance at Summerslam.