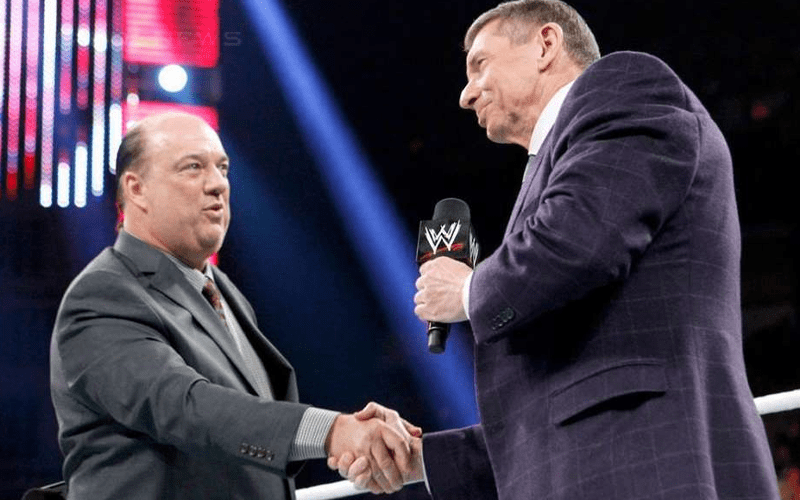 WWE has gone through a few changes recently and the Executive Director positions on Raw and SmackDown was a big part of this. Now it has reportedly caused Vince McMahon to praise Paul Heyman for his contributions as Executive Director of Raw.

Brad Shepard said on Oh, You Didn’t Know that Vince McMahon had amazing things to say about Paul Heyman’s work during a recent creative meeting. Summerslam made The Chairman very happy which is what caused him to throw out such uncharacteristic praise.

“I’m told there was a creative meeting after Monday Night Raw this week which went until early in the morning hours. Vince was happy with Summerslam and Raw and gave Paul Heyman public credit. Very uncharacteristically lavishing praise on Paul Heyman.”

Paul Heyman is just getting started with his creative influence on WWE’s red brand. He has a lot of ideas and became famous for thinking outside the box. With Vince McMahon behind him at this point it seems as if Paul Heyman could be well on his way to being granted even more freedom to explore how creative he can actually get in WWE.