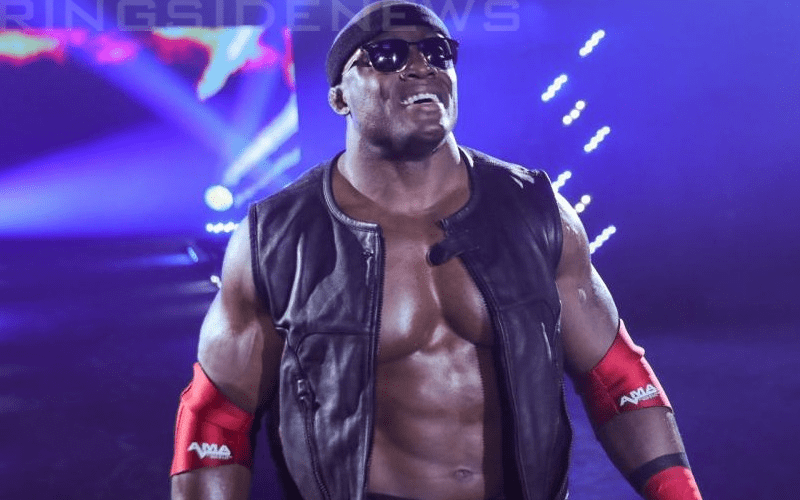 Bobby Lashley was quietly written off of WWE television after Braun Strowman speared him through the back of the Raw set. This explosive spot received a lot of attention because Corey Graves yelled “holy sh*t,” but Lashley was also injured and needed time off.

We previously reported that Bobby Lashley is currently out of action because he needed bone spurs removed from his elbow. Brad Shepard elaborated on this during Oh, You Didn’t Know where he said that Lashley is expected back soon enough.

“Bobby Lashley who is injured is expected to return in the fall of this year.”

Being out of action until the fall might sound like a long time, but it’s already the middle of August. Therefore, we could be seeing The All Mighty Make a return in a matter of weeks. Hopefully, WWE will have something lined up for him once he is ready to make a return to the ring.