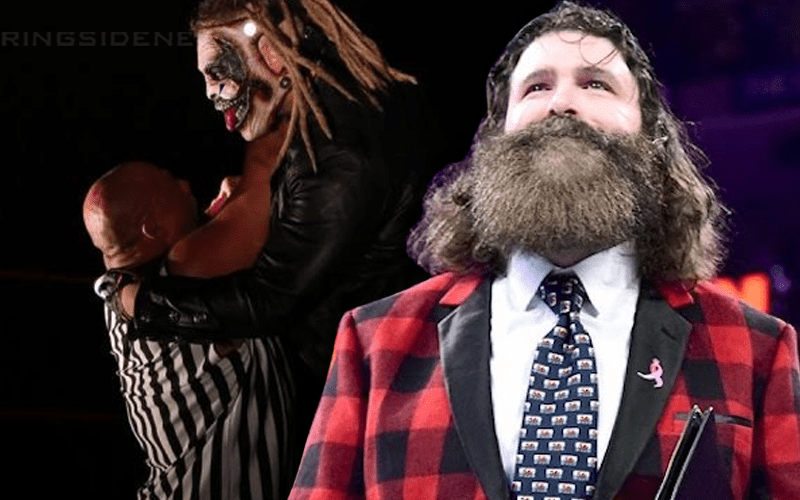 Mankind made the Mandible Claw something to fear and then Mick Foley made it family friendly with the addition of Mr Socko. Now Bray Wyatt is making it something terrifying once again.

While speaking to Wrestling Inc, Mick Foley was asked about Bray Wyatt using the Mandible Claw. According to Foley, the move now belongs to The Fiend.

“I think it’s nice to look at the show and see your fingerprints here and there. Where, as ten years ago when I left, there were a lot of people who had grown up idolizing Ric, and Shawn, and Bret, and you could see that in the work. So now you have guys like Bray, who told me years ago, ‘Look, I’m doing something in a rocking chair,’ because he had gotten a rocking chair from an interview that I did for Randy Orton.”

“You see it a little bit with Aleister Black and the rocking, and Su Yung, and Rosemary, and I love it; Sami Callihan doing the cactus driver. And so, I feel for Bray because you want a finishing move that you can do to anyone at any time. The mandible claw… is something that is all [Bray’s] now.”

Mick Foley has a mind for pro wrestling that understands how things work in a big way. He obviously sees the success Bray Wyatt is having and knows how much of a part of it all he is. Because Wyatt is helping Foley’s legacy live on in a lot of ways by carrying on the tradition of the Mandible Claw.