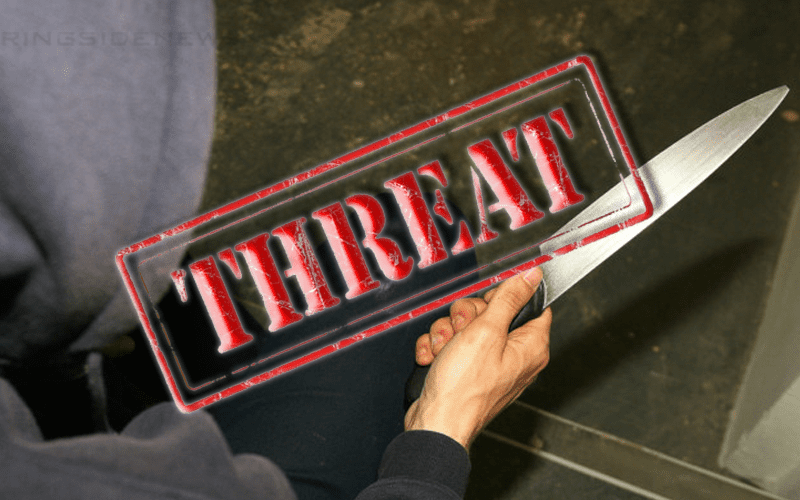 You never know what can happen in pro wrestling and apparently, that includes fans getting stabbed by a promoter. Because that seems to be a real threat for one indie company.

Ron Van Hess, owner of the Washington State indie promotion World Underground Wrestling American recently took to Facebook to issue a warning for one particular fan. He said that if this fan shows up at another WUWA show then he will have a very bad time.

This all seemed to stem from an experience the fan had with Ron Van Hess over Facebook Live. Fans soon took to social media to comment about this threat of violence against a fan.

Thanks to Bodyslam.net for providing screen shots of the actual Facebook conversation in question. Needless to say, this is not a good look for that particular indie promotion, but there are two sides to every story.

Ron Van Hess released a statement to Bodyslam.net where he told his entire side of the story. It turns out that this heat was building for quite a while.

I was promoting my event and a fan named Benji started insulting me. I don’t know him and he posted all over all my posts for 2 days . He wanted to fight etc. At first i get alot of crazys so i played along. Until I realized he was crazy.

I called him girlfriend . Its a phrase i use when i get mad . I never called him gay or even knew he was .

I was told by my wife . Friends. Partners to block him. I had recently been in an accident and have a crushed right leg. 4th of july one of my immediate family members committed suicide . I lost my cool because he kept threatening me .

Ethan Diaz hates me for firing him years ago. He took this kid posting about this to turn the Seattle and Oregon wrestling community against me . They already didn’t like me . Indy wrestling is like that. One guy hates you and all the sycophants follow .

Yes i used bad judgement when i threatened him. But i just didnt want this drama at my show.

I blocked him 2 days ago and moved on with my life.

Then ethan got wind and created a sh*tstorm.

It doesnt really bother me they hate me. But i have a gay son im very close too. I am not homophobic or hateful. Ignorant probably. I am from that generation. The one before political correctness. But south park had an episode about what words mean . I saw the truth in that. The connotation is whats important.

Hopefully, this situation can be resolved without any real violence. Because pro wrestling should be fun and entertaining and should never be something to actually cause anyone to assault another fan, no matter how difficult the situation might be.