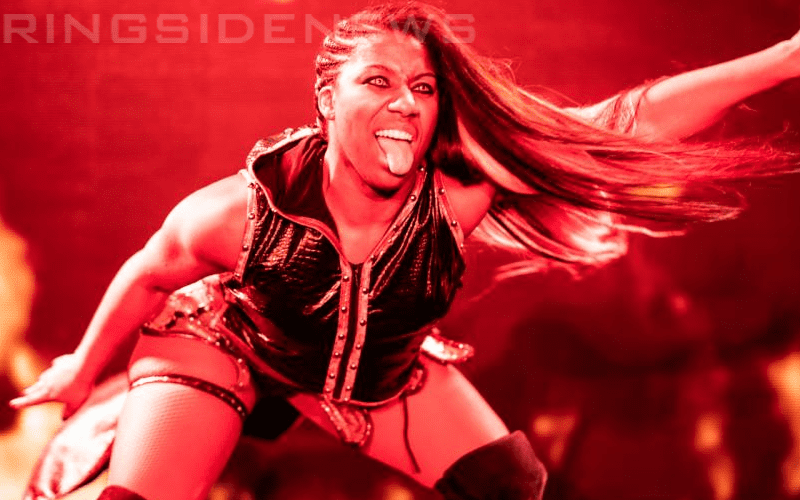 Ember Moon’s rise to the top of the women’s division on the main roster hasn’t really been a ‘rise’ at all, with her title opportunity against Bayley at SummerSlam kind of coming out of nowhere.

The match served as a chance for her to really show what she’s all about, but unfortunately, the SmackDown Women’s Championship showdown never really caught fire like many were expecting as the champ retained her crown.

Then, last night on SmackDown Live, Ember went one on one with Charlotte Flair. While she may have put up a good fight, it was Charlotte that was able to come away with the victory.

While Moon looked great in the ring during last night’s encounter, some fans are worried that the fact she hasn’t gotten a major win yet indicates she isn’t going to be around in the title scene for very long.

In her place it would hardly seem surprising for Flair to get another opportunity at the gold, as she continues to pick up title reigns like they’re going out of fashion.

One way or another we need some fresh blood for Bayley, especially now that Becky Lynch’s title reign is about to get an injection of life courtesy of Sasha Banks’ return.

The idea of all Horsewomen members competing in title matches certainly sounds like the kind of thing that WWE could sell for a pay per view, but at the same time, the likes of Ember Moon can’t afford to be forgotten about.