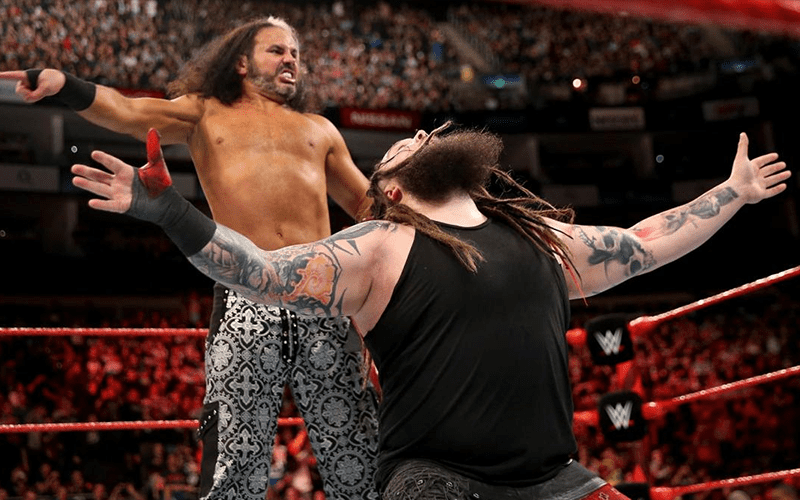 It’s safe to say that, in the eyes of most fans, Bray Wyatt’s resurgence has been the most exciting thing to come out of WWE programming over the course of the last few months.

His split personality character between the TV host and The Fiend has made for some truly fascinating viewing, with his entrance at SummerSlam serving as the cherry on top of this very bizarre cake.

Of course, on social media he tends to take a bit more of a laid back approach in comparison to The Fiend’s actions – which is why he’s able to make comments such as these to Matt Hardy.

Fans will remember when Matt and Bray teamed up together, in the wake of their very weird and very ‘out there’ feud. Unfortunately, their partnership didn’t last all too long, but it’s safe to say that it did Wyatt the world of good in terms of giving something that he could really sink his teeth into.

Given the direction that things are currently moving in with Matt’s character it doesn’t feel like the two are going to cross paths anytime soon, but we’d be okay with seeing some kind of backstage segment.

Neither guy really has to worry about being over with the fans, either, because regardless of what they do at this stage, they’ve both got some pretty loyal fanbases.

Maybe, just maybe, one day we’ll get Broken Matt vs. The Fiend – but that may just be us fantasy booking and nothing more.