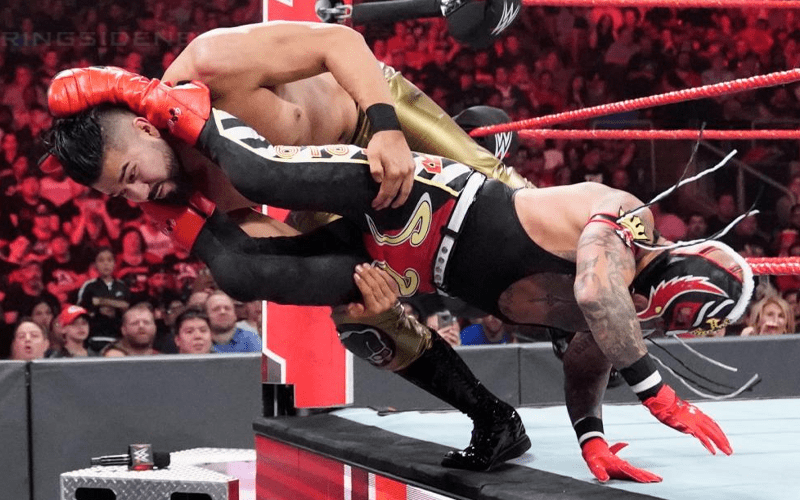 WWE has a lot of plans and Rey Mysterio is no different. Because the company seems to be headed somewhere in his feud with Andrade once again.

Dave Meltzer noted on Wrestling Observer Radio that the company had WrestleMania plans for the two Latin American Superstars with a hair vs mask match. Those plans obviously didn’t happen, but WWE has another plan.

Although he didn’t reveal what WWE’s plans might be, it’s anyone guess whether WWE will actually follow through with those plans. One thing we can say for sure is that the two won’t be wrestling in a mask vs hair mask this time around.

“It’s like they probably have a destination, but what are the odds that by the time they get there, they actually get there? It didn’t work last time.I mean, the last time they had a destination they didn’t get to it, I mean they got nowhere near it. It’s just like blew it off.”

“So the destination they had the last time was mask vs hair at WrestleMania which didn’t happen. The only thing I can say is that this destination is not that destination.”

We’ll have to see how WWE continues to build Rey Mysterio vs Andrade or if the company just drops it completely. It might be nice to see WWE follow through with some plans for this feud, but in the end, it’s up to one 73 year old man in the Gorilla Position.