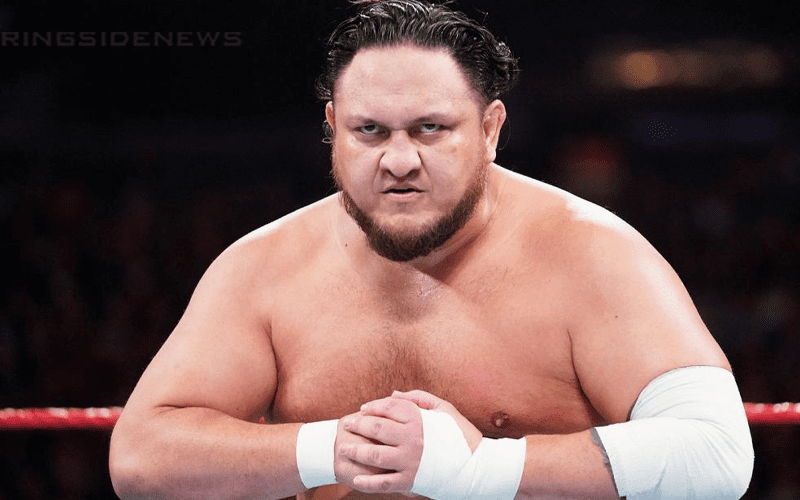 WWE has very interesting reasons for doing a lot of things that appears on television. Samoa Joe’s recent interactions on-screen are no different.

Sami Zayn was certain to get a pop as a fellow Canadian in Toronto this week, but WWE didn’t want that. Instead, they teased a Samoa Joe babyface turn because they knew that the crowd would be behind that more because it was something new happening as Dave Meltzer noted on Wrestling Observer Radio.

The reason why WWE continued teasing Samoa Joe’s babyface turn this week on RAW is a very complicated story. In the end, it all boils down to the company attempting to control the reactions of the Toronto crowd.

Therefore, WWE teased that Joe was going to turn babyface just long enough to make sure that Sami Zayn didn’t get a positive reaction. Then they had Joe flip his switch and start firing a heel promo off toward the fans instead.

We will have to wait and see if WWE will ever eventually actually turn Samoa Joe babyface. After all, the fans certainly seem to want it. In the meantime, it looks like the company will keep teasing it as Joe remains a heel on television who is still incredibly over.