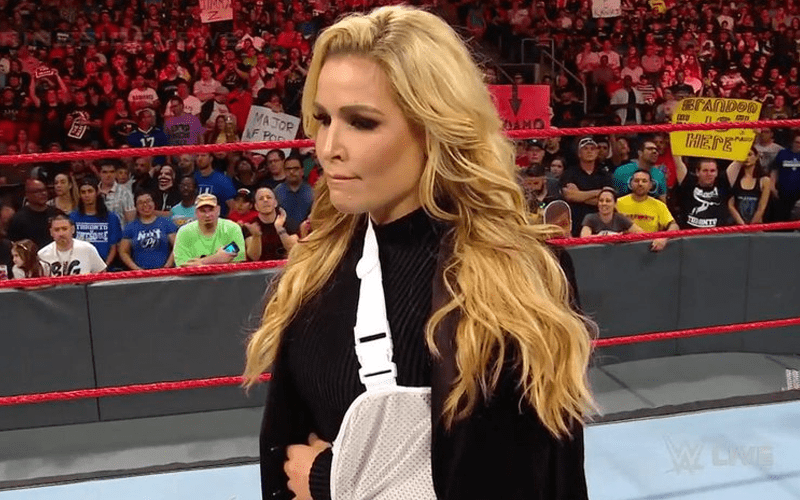 Natalya showed up to RAW on the night after nearly winning the RAW Women’s Title from Becky Lynch and she had her arm in a sling. Now we have much better news to report about her “injury.”

Nattie might have said she dislocated her elbow, but PW Insider reports that Natalya isn’t really injured at all. It was all a work so there is no real injury there.

This was likely in place so Sasha Banks beating her down would draw even more heat. Of course, Nattie already had a ton of sympathy after bringing up the fact that Jim Neidhart really passed away one year ago today.

We’re not sure why the injury angle was needed because bringing up The Anvil in Toronto was probably enough to get enough heat on Sasha Banks, but it was still a decision that they made. However, Nattie isn’t really injured and no MRI is scheduled for today either.