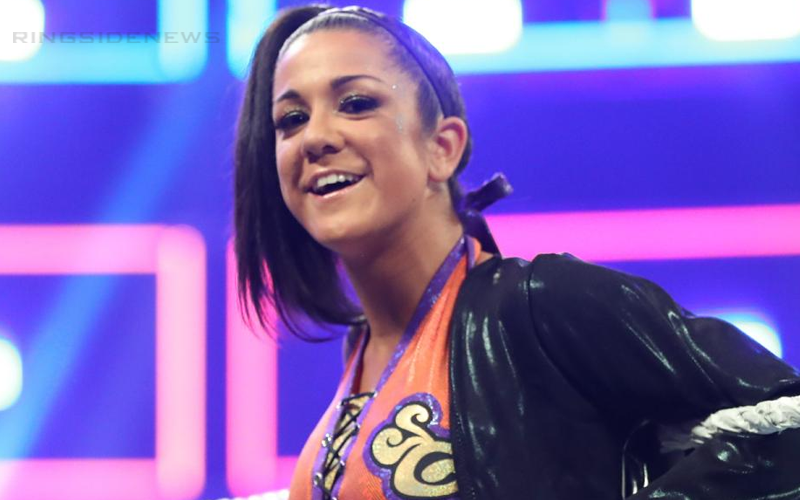 Bayley is still the SmackDown Women’s Champion, but that doesn’t mean she can pick her own opponents. Or, does it? After all, she seemed to pick Ember Moon as her Summerslam opponent all by herself.

The Hugger was obviously feeling really good about her successful title defense at Summerslam. She also apparently saw the battle that Candice LeRae put Io Shirai though at NXT TakeOver: Toronto on the previous night.

Because Bayley tweeted at Candice LeRae and asked: “Wanna wrestle at Clash Of Champions?” This might not count as an official offer, but it could certainly excite quite a few fans to see this go down for real.

LeRae replied back with an animated gif of Ariel from the Little Mermaid. So we’re guessing that mean she would be down for this match.

We’ll have to wait and see who WWE actually picks to wrestle Bayley on September 15th, but they could do a lot worse than Candice LeRae.