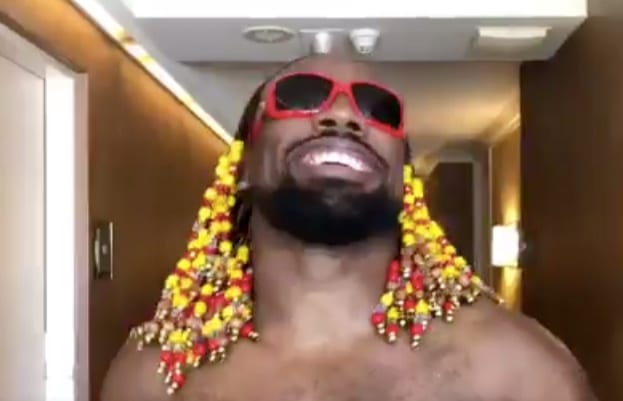 While Kofi Kingston was able to successfully retain his WWE Championship, one of the major headlines for The New Day coming out of SummerSlam had nothing to do with their in-ring ability at all – and instead, it was all about Xavier Woods’ hair.

We’re exaggerating a little bit, but when a former multi-time Tag Team Champion comes out looking like Monica from Friends, it certainly raises a few eyebrows.

Woods has always been able to blend the comedic side of wrestling with the serious side pretty flawlessly, and this certainly falls into the first of those two categories.

Fans have certainly been split down the middle regarding this new haircut, with some thinking it looks great on him and others demanding that he gets rid of it immediately.

It might seem a little bit silly to spend so much time talking about the hairstyles of any given wrestler, but such is the desire of the WWE Universe these days. It seems odd, but a lot of fans are interested in this kind of thing (especially in regards to the most popular faction in all of wrestling).

In terms of what comes next for New Day, though, they’ll almost certainly have to deal with some adversity as they prepare for a retaliation from Randy Orton following the events of SummerSlam last night.

With Randy teasing Kofi and his family, it wouldn’t be surprising to see The Viper take the fight to both Xavier and Big E in an attempt to get inside the champ’s head.