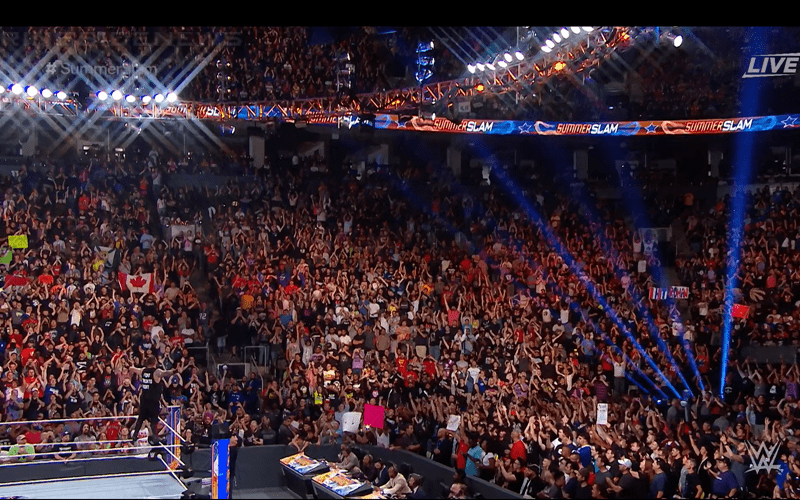 WWE legitimately sold out every seat they could for Summerslam, but there’s a reason why there were empty seats.

World Wrestling Entertainment is a big company and when their events come to town the secondary market usually jumps on tickets. Scalpers might be a big issue for fans, but in this case they could have done someone a favor. Because as we previously reported scalpers were selling tickets for way cheaper than they were initially listed online.

Mike Johnson noted on PW Insider Elite audio that the reason why there were so many empty seats around the Scotiabank Arena is because scalpers bought those seats and were unable to sell them.

Therefore, Summerslam was a legitimate sell-out, but that just didn’t mean every seat would be occupied. This is not the case for RAW and SmackDown Live though because there are still plenty of seats available for the show no matter where you want to shop for them.