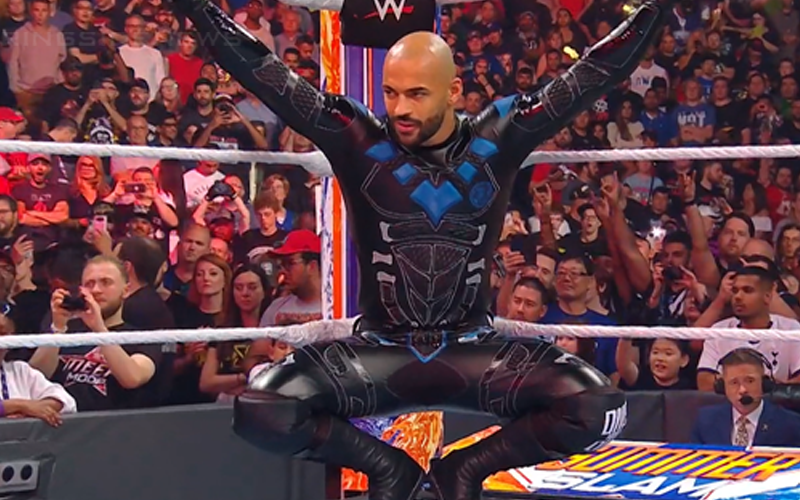 Ricochet showed up to take on AJ Styles at Summerslam wearing a different ring attire than we’re used to, but WWE had a reason why.

Bryan Alvarez noted on Wrestling Observer Radio that WWE wanted to turn Ricochet into a Superhero. Therefore, he was wearing ring attire inspired by Nightwing from the DC Comics.

This is likely a one-time deal, but we will have to wait and see. After all, WWE Superstars will often wear special ring attire for big events. Mike Johnson noted on PW Insider Elite audio that Ricochet is also likely to get “a cool action figure” out of this too.

Ricochet wearing ring attire that is an homage to Batman’s sidekick Robin after he grew up could show a lot of symbolism too.

It was also pretty funny how Corey Graves asked why Ricochet would cover himself up when he has chiseled abs. We’ll just have to see if Ricochet will be back to his regular ring gear the next time we see him wrestle.