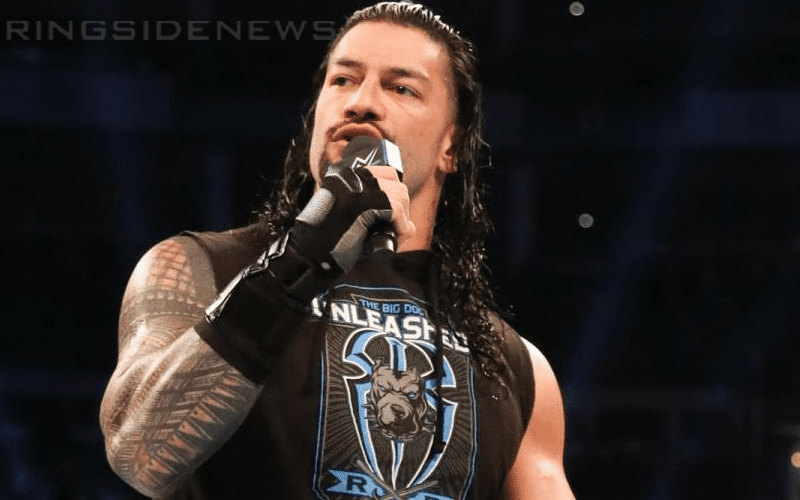 Roman Reigns might be looking for whoever tried to kill him twice, but he has time for another match along the way.

Reigns pinned Buddy Murphy against the wall after a beatdown last week in pursuit of his attackers. Murphy pointed the finger at Rowan which caught him a Summerslam beatdown from Rowan too.

We previously reported that Murphy issued a challenge for The Big Dog and now we have it confirmed. Reigns replied saying that he’s up for the match this Tuesday.

Not about holding anyone down, I’m all about seeing if people want to step up. Consider this me accepting your challenge. See you tomorrow night on #SDLive, Buddy. @WWE

Let’s just see if this match actually ends up taking place. This could change either with interference or possibly because Vince McMahon changes his mind about having the match altogether.