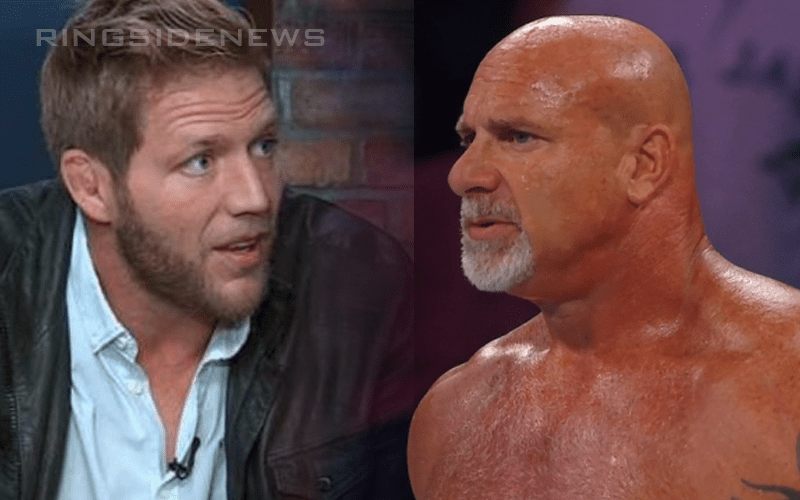 Former WWE superstar and current Bellator fighter Jack Swagger, aka Jake Hager, has made his feelings known about WWE Hall of Famer Goldberg in the wake of his match last night at SummerSlam.

The former World Heavyweight Champion has been focusing on his mixed martial arts career more so than pro wrestling as of late, and after just a few fights inside of the cage, he’s already starting to look like he belongs in the sport.

Of course, it’s always difficult to drag yourself away from a business that you’ve been so heavily involved in over the years, and it turns out that he was tuning in last night to catch part of WWE’s big SummerSlam event.

A lot of fans seemed to echo the thoughts and opinions that were put across by Swagger aka Hager in this comment, but given how well Dolph Ziggler was able to sell for Goldberg, it didn’t feel like the protests were quite as strong as they were following his showdown with The Undertaker a few months back in Saudi Arabia.

Swagger certainly doesn’t seem to be all too concerned with burning any bridges over in WWE, because in addition to this, he also made a comment in the post-fight interview of his Bellator debut – even though he had previously stated Vince McMahon was supportive of his blossoming MMA career.

We all know that the future is uncertain, but one thing we’re confident in saying is that this probably won’t lead to a match between Goldberg and Swagger any time soon.