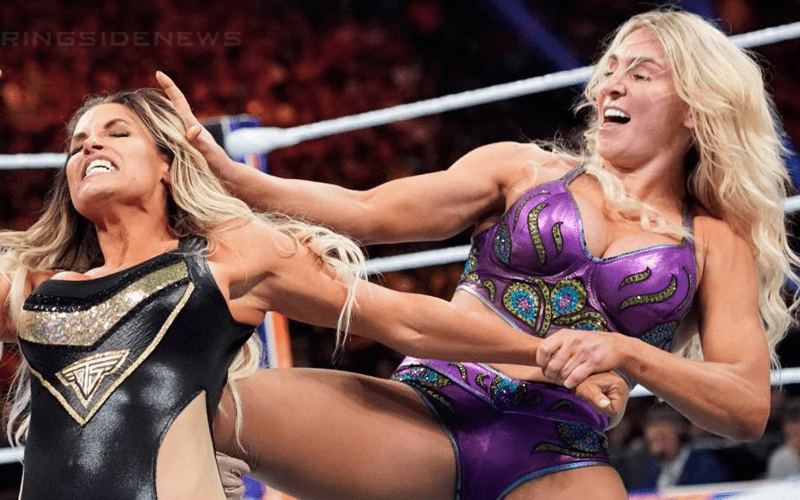 Charlotte Fair defeated Trish Stratus at Summerslam in Toronto. This was apparently Stratus’ final match in the ring as well so it was a very emotional moment.

After everything was said and done, Charlotte Flair delivered a promo out of character when asked about how she felt about this benchmark moment in her own career. She was able to back up her promise to defeat Trish, but she was eventually overcome with the gravity of the moment.

Flair said that Superstars today grew up watching Trish Stratus and Lita perform. She said the real winner was Trish because she’s a mom of two with a full-time career at home. However, Flair still claimed to be the best legitimate athlete in WWE.

Flair said it was bigger than WrestleMania to wrestle Trish Stratus and she hoped that she lived up to what Trish Stratus saw in her. You can check out the interview below or click here if you’re having problems viewing the video.