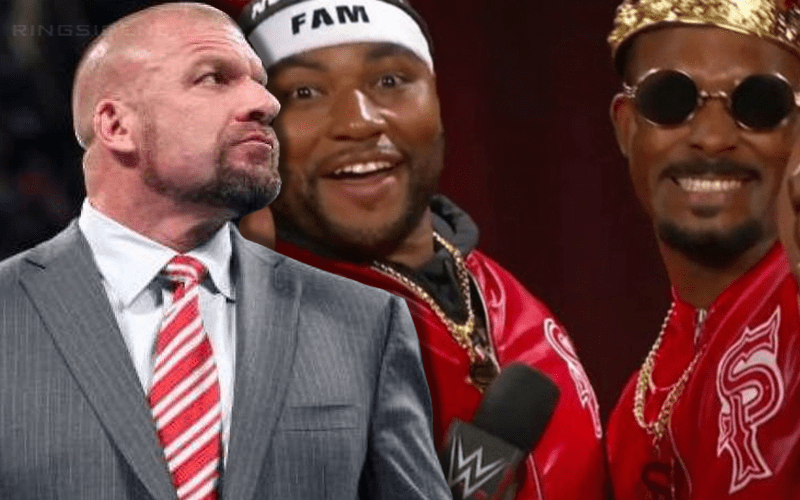 The Street Profits surprised a lot of fans when they retained the NXT Tag Team Titles at NXT TakeOver: Toronto. The two have already debuted on RAW and have appeared in backstage segments, but WWE had their reasons for this.

Triple H was asked about The Street Profits appearing on RAW as NXT Tag Team Champions. His response didn’t seem to give away many plans, but Montez Ford and Angelo Dawkins are certainly getting more opportunities because of how entertaining they are.

“They will be in NXT but when you are that entertaining you get different opportunities.”

We will have to wait and see how long The Street Profits will remain NXT Tag Team Champions because as long as they have those titles the two might not be competing on RAW.

Things can always change though and with NXT’s television show filming new episodes next week there’s always a chance that they could take the titles off of them at a later date.