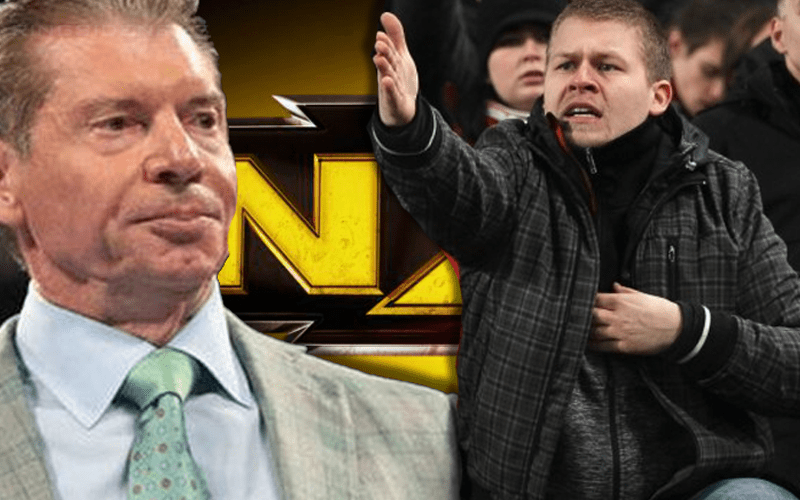 Vince McMahon and Kevin Dunn might have more interest in NXT after their move to Fox. This could become a dicey situation because fans are already angry about the idea.

We previously reported that an NXT move to FS1 would probably mean more involvement from McMahon and Dunn. Those are two men that a lot of fans blame for the decline of WWE’s product as a whole. After all, they both live in their own bubbles and really only bring frustration to the table.

Those out of touch executives might change NXT and fans are LIVID. We asked you guys, our awesome readers, whether you think that Vince McMahon would be a “great addition to the creative process for NXT.” The response was undeniable because no… he would not.

When we polled our Twitter account, 95% of fans said no out of nearly 2,000 as of this writing. Our official RSN Facebook account was a little bit more forgiving for McMahon as only 92% of fans said “no.”

It’s pretty hard to argue with those numbers, but Vince McMahon might not really care what fans think. I know, it’s a shocking thing to wrap your head around, but there’s a WAR going on Wednesday nights starting in October.