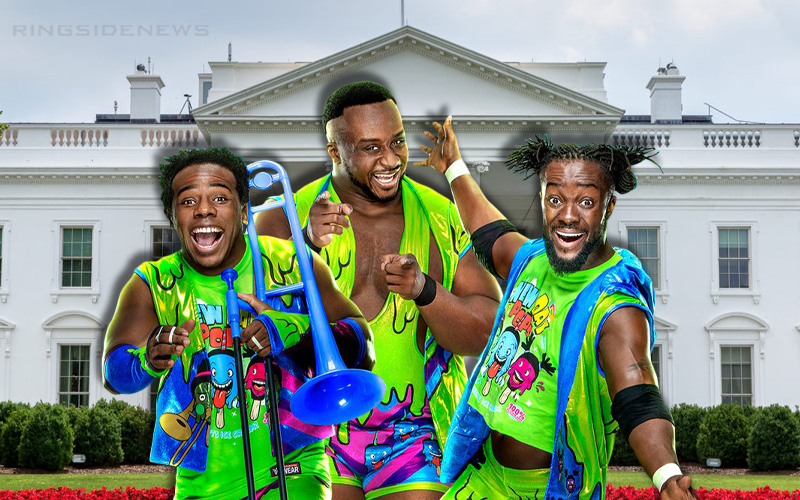 Donald Trump is a rather controversial figure and it seems like a couple of sports teams have decided not to go to the White House when they would normally do so as part of tradition.

Big E was recently asked a tough question by Donagh Corby of Mirror Sport about whether the New Day would go to the White House if they were invited. After all, they’re all Champions in WWE right now. Needless to say, Big E had a little bit of trouble answering that question to the affirmative.

“Oh man, obviously, we’re not a big fan of what’s going on with the administration. I can’t say it would be something I’d be excited to do so I have no desire to go to the White House.”

“We have a lot of problems in our country — it’s a beautiful country and there’s a lot to celebrate and applaud, but just a lot of rhetoric that comes out of the White House is obviously something that we’re not supportive of. So, I have no desire to go to the White House anytime soon.”

“When there’s a man in the White House that we really respect I think there might be an opportunity to go, but I don’t think there’s any invitation that’s going to be extended anytime soon, so I don’t think it’s really any concern.”

The New Day have been sent to a lot of place to spread the Power Of Positivity since becoming a popular faction in WWE, but they haven’t been to The White House. At this point, it doesn’t sound like they’re too eager to go either.