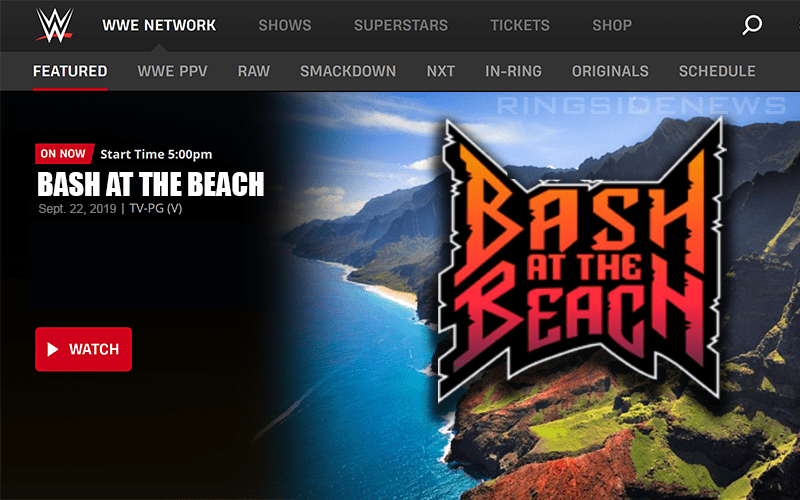 WWE owns a lot of properties and they can use them whenever they like. This is why it is only logical to question why WWE hasn’t capitalized more on the nostalgia that some of those WCW names might invoke.

There’s a lot of money on the table in regards to using names that a lot of fans might remember. Bash At The Beach is an event that a lot of people remember and would love to have come back, and as Brad Shepard reports, they might just bring that one back.

According to a source in #WWE, a WWE Network special in Hawaii has been discussed. Two potential names thrown around so far; Bash at the Beach and Havoc in Honolulu.

Bringing back Bash At The Beach sounds like a great idea mainly because Havoc In Honolulu sounds like an awful idea. Then again, they did hold an event called Great Balls Of Fire a couple of years ago.

It should be noted that WWE is headed to Honolulu on September 22nd which is a Sunday.

We’ll have to wait and see what happens next, but they can do pretty much whatever they want with their WWE Network and a seemingly endless supply of funds.